Inktober: A Wellspring of Wizards

Well, it's become apparent that I am not going to end the month with 31 wizards, but this has been a very invigorating process nonetheless. I feel like, with this inktober wizard project, I've been stretching my creative muscles a bit. It's a good thing because all my book projects right now are in the writing and development phase -it's all text files and notebooks full of scribbles. So it's good to be pushing in different directions.

Here's the latest batch of characters from my world of Outlaw Wizards: 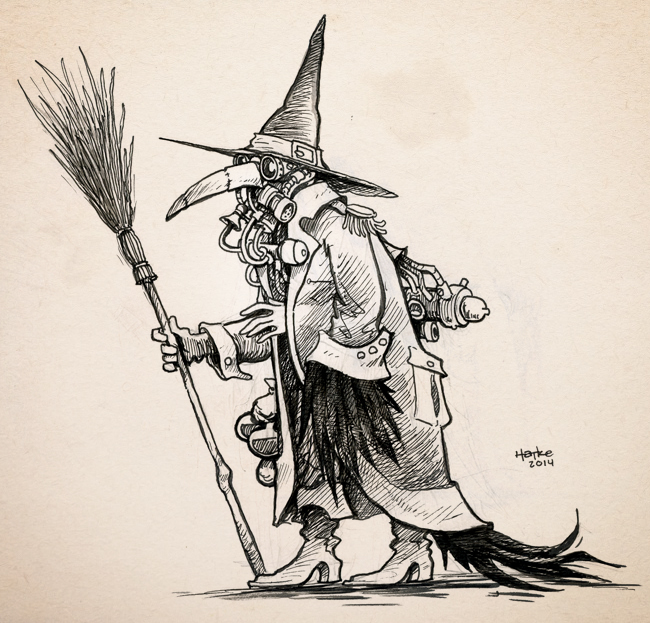 Crowquill isn't really a wizard at all. He's a government agent in a ludicrous disguise, sent by the nobility to spread dissent among the wizards. For if there's one thing the nobles fear it's that the exiled magic users will begin working together. 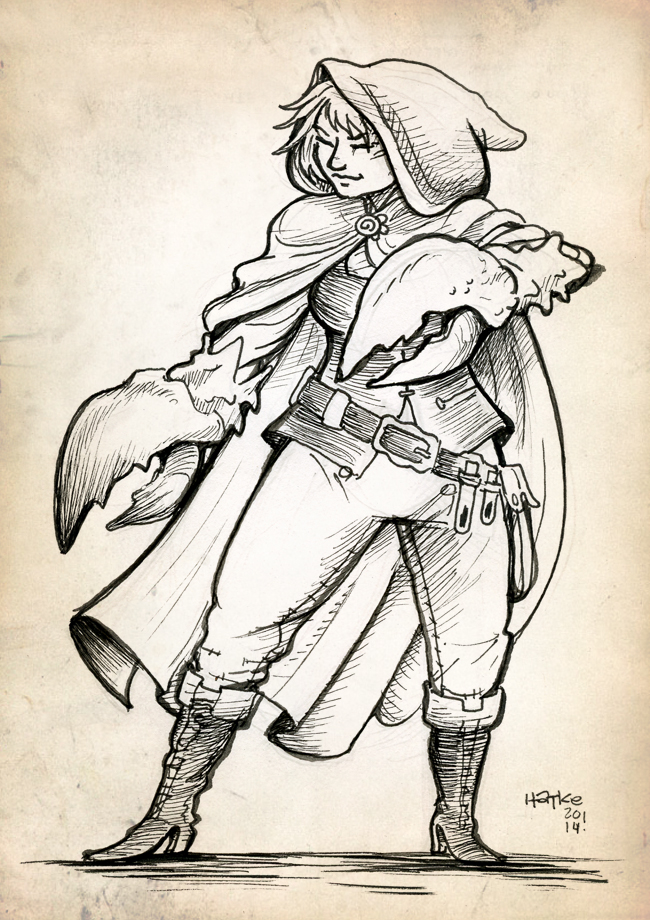 Mighty Rael isn't a wizard either. She was a contented ex-soldier-turned-farmwife until the day her husband was killed by crab-like mage. Now she wanders the Outlands hunting down magic users, and wearing the claws of the wizard that took her true love... (so dramatic!) 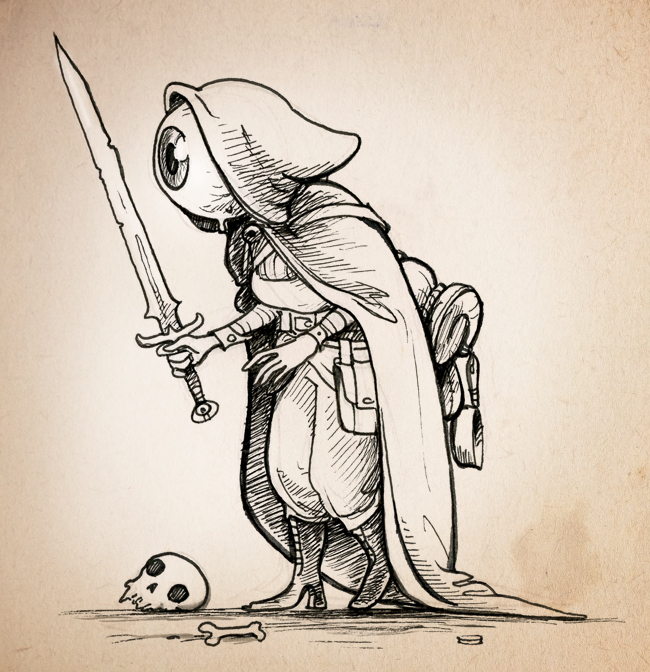 Emelia the All-Seeing is a professional treasure hunter and dungeon delver. 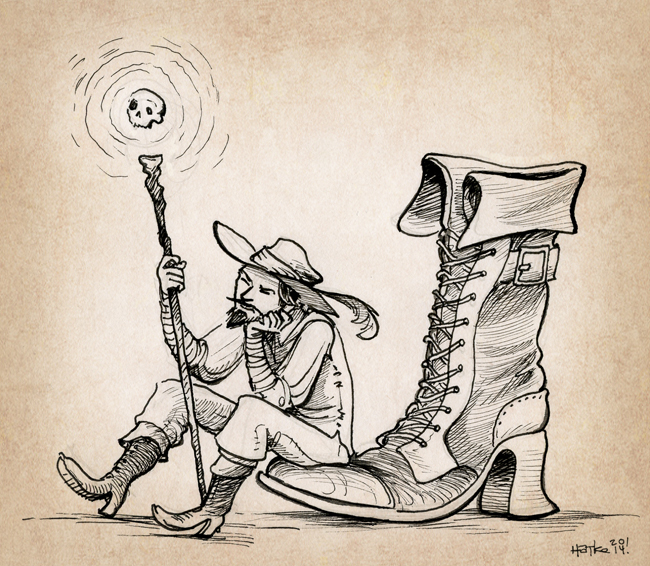 And finally there is Emerit the Handsome who is a very powerful wizard, but regrets ever starting down the path of magic because every time he casts a spell he becomes just a little bit smaller.

And that's all for this batch.

In other news, here is a link to a fun photo interview that I did with a book club at the Elliot Bay Book Company in Seattle.

And here is an illustrated column in the New Yorker, titled The Endangered Bookstores of New York which has stories from the bookstores across the city and makes a brief mention of me at the very end.

Okay! That's all for now.

UPDATE: Oh! I meant to leave you with a link to this crazy video about the Great Martian War. Discovered via Michael Gagne. It's crazy in the best possible way.