Here’s my second pass at Wonder Woman the Outcast:

I tried to throw a little Clint Eastwood into the poncho there.

If I were to do a Wonder Woman series as a comic or for television it would be a little like the old Incredible Hulk TV show. It would always open with her traveling down the road in her poncho and hat from dusty town to dusty town...

So we've seen the Farm Boy, and the Wanderer. Now let’s meet the Millionaire: 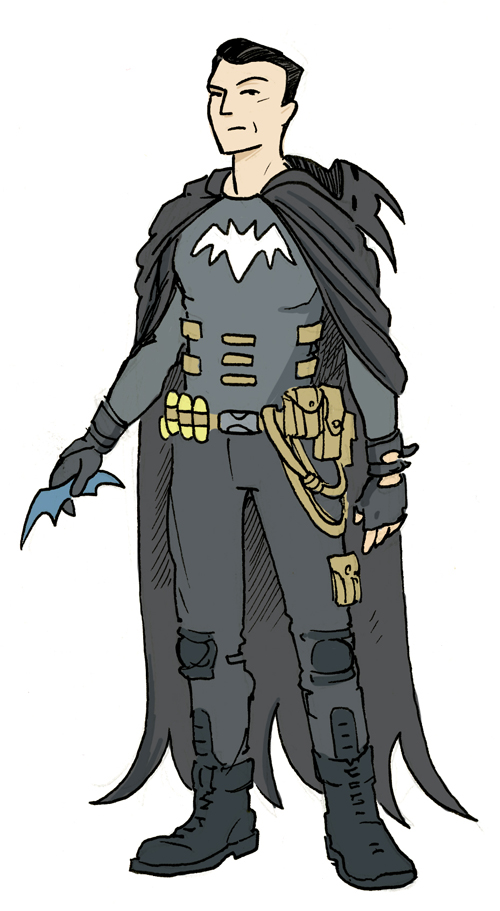 My Bruce Wayne lost his parents tragically, but uses that as an excuse to live an eccentric adventurous lifestyle. He joins the ranks of the powerful equipped with nothing more than a keen intellect and the best equipment money can buy.

This Bruce Wayne very much feels his lack of powers and makes up for it by staying one step ahead of everyone. And in fact it is assumed by the other heroes (even Superman) that he does have some strange set of super abilities.

I like both the elegant and the cluttered look for Batman, so I’ve tried to have it both ways here. Bruce is all tricked out with the best gadgets, but he keeps his cloak closed whenever possible, using it to cover up the fact that he’s really just super prepared. 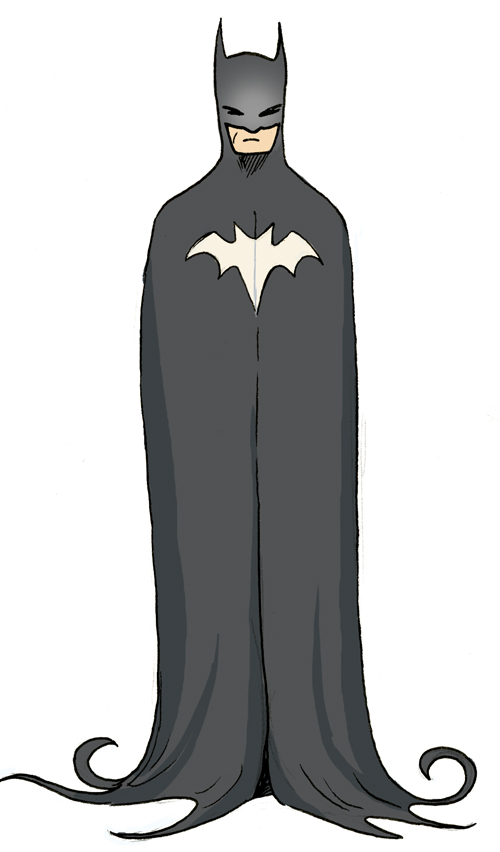 I used a white bat in the hopes of giving him a formal wear look (like a tuxedo) because he’s the aristocrat of the group.