...So apparently I’ve got a been in my bonnet about superhero costumes. I’ve taken a second pass at Superman’s outfit here: 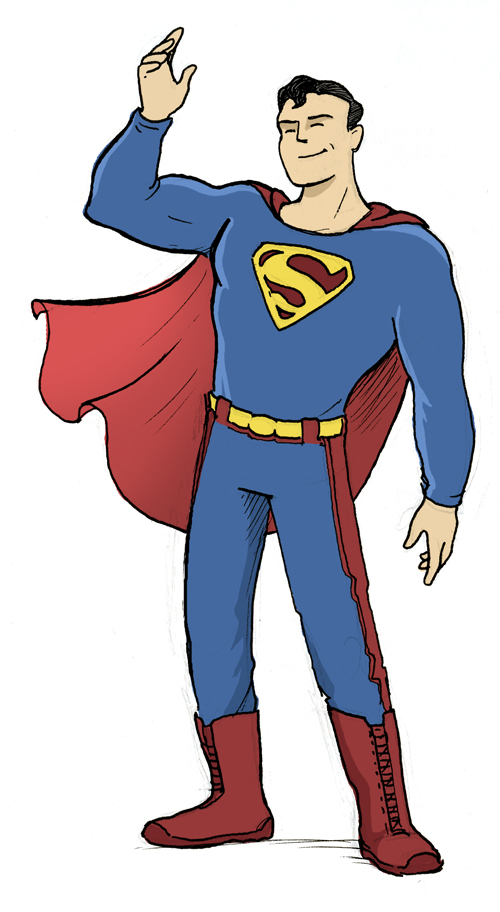 I’m imagining Clark Kent living in a world where other superheroes do already exist, and I’m going here for an outfit he might have put together on the fly (yeah, yeah... no pun intended) at the beginning of his career, with the help of Ma Kent, and then probably stuck with it for awhile.

I suppose the most noticeable change is the pants, which here have a strip down the side similar to some police or military dress pants.

The thing I feel the most strongly about, though, is switching out the colors on a more simplified “S”. Of all the primary colors, your yellow is going to pop the most, and maybe read better than the modern S shield design which, let’s face it, is way too busy.

Finally we have lace-up boxing/wrestling boots. Superman may have incredible strength and durability, but I imagine he’d still be thankful for a little traction.

So that’s Superman. And here’s my first pass at Wonder Woman -one of the most difficult superheroes to deal with: 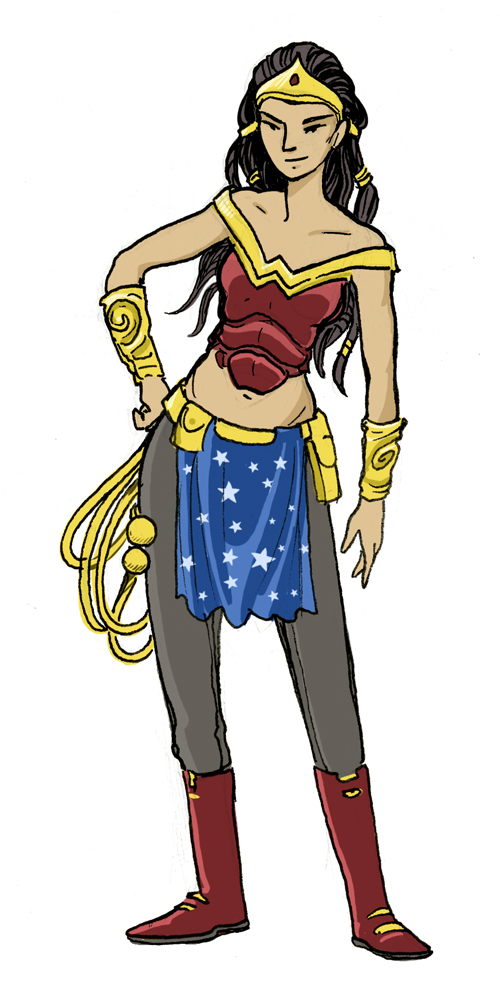 The problem with Wonder Woman is that she’s a mess. Is she a Patriotic hero? A Modern Woman? A diplomatic ambassador? An Amazon Princess? A prostitute (as some of her costumes might lead you to believe)?

I decided to go Amazon Warrior, imagining a very powerful young woman from a lost Mediterranean culture (I should have gone a little darker on her skin). Like Thor, she might have been banished for sheer arrogance, and embarks on a quest through the modern world to learn what it means to be a hero. The blue star strewn cloth she wears -is it a symbol of her homeland? A talisman of her quest? I’m not sure... But I know that this version of Wonder Woman has no base of operations. She is a traveler. A homeless hero.