The Return of Zita the Spacegirl: Publication Day

This is it! Today is the publication day of The Return of Zita the Spacegirl! 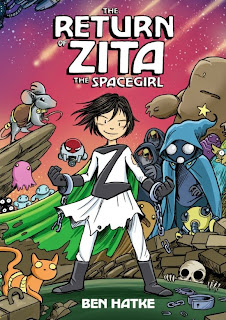 I'm celebrating by being home from Toronto and spending a restful day with my favorite people in all the world. It's a brief pause in my hectic rambles.

The Toronto Comics Art Festival (TCAF) was fantastic. People have been encouraging me to attend the event for years and it definitely lived up to the hype. Lots of great art and friendly artists and little comics gems on every table. But the best part of all, for me, was the friends.

You see, something changed for me at TCAF.

While some of my friends have been selling mini comics at conventions since they were in high school, my journey into comics began on the internet, posting webcomics and sharing advice and critiques on the old Flight message boards. I wasn't going to many conventions. So, for a long time, my comics friends were online friends.

When Zita the Spacegirl was first published in 2010-11, all that began to change. I started going to more conventions and book festivals and library events. And bit by bit my online friends have become my in-the-flesh friends.

And so, on Sunday evening after the show, I arrived back a the hotel lobby to meet what I thought was going to be a smallish group for dinner. What I found instead was a largish group of old friends, and a few new faces, all laughing and talking (and maybe waiting for me because I was late). These were people I had shared dinners and high fives with in a dozen cities. It was like a reunion.

And I thought, hey, I'm not the new guy anymore.

The floor of the Toronto Public Library, crowded with comics (and people): 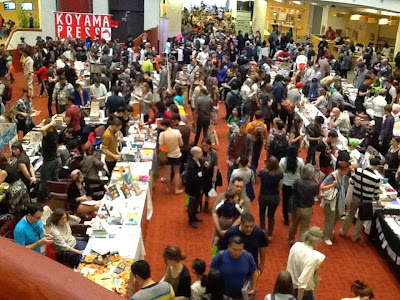 A live reading with the help of some fans during a joint presentation with my friend Dave Roman. 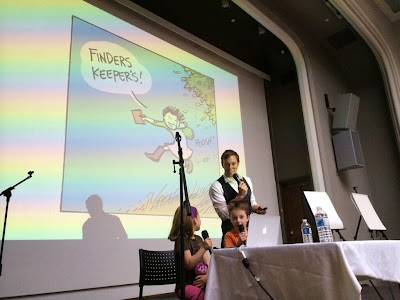 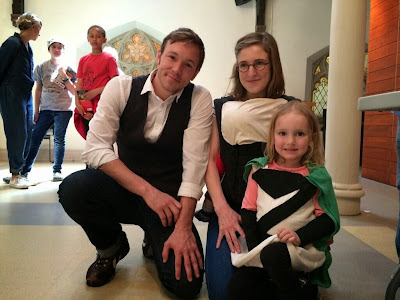 Poutine during and interview! 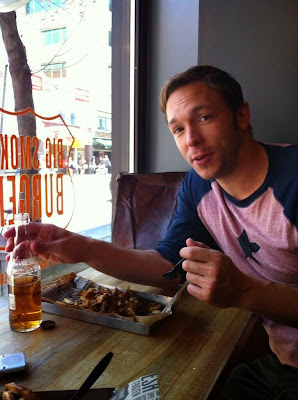 Whew! and that's all for now. Hopefully I'll be able to check in again soon.