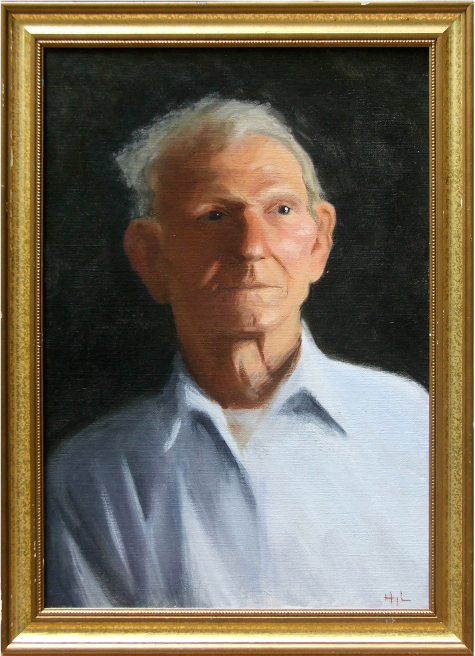 I'm very sad to be posting a second memorial here in such a short time, but I learned that another of the great characters in my life has left the stage. Giuseppe Costa, our neighbor in Gravagna and my good friend, has passed away. He left me with some amazing, hilarious and wonderful memories, but the memories... they don't seem anything like enough to cover his absence.

Giuseppe and I were separated by many years. We first met when I was in my 20s and he was in his 70s, but he was jumping around and singing and doing handstands and I remember thinking "that's the kind of old man I want to be." He was my elder, sort of, but he wasn't my teacher or colleague or a family member. He was my friend.

I can go back to Gravagna, but I'll never again look up from my work on a slow summer afternoon and hear him singing in his garden across the way.

I wanted to set down some of my memories of Giuseppe ... but if I start down that road we'll either be here all day, or I'll sell the man short. Because even though he couldn't have been even five and a half feet tall Giuseppe was larger than life. He was the kind of guy who told stories that couldn't possibly be true, except they usually would turn out to be true. So instead, here's a short comic from around the last time I saw him: 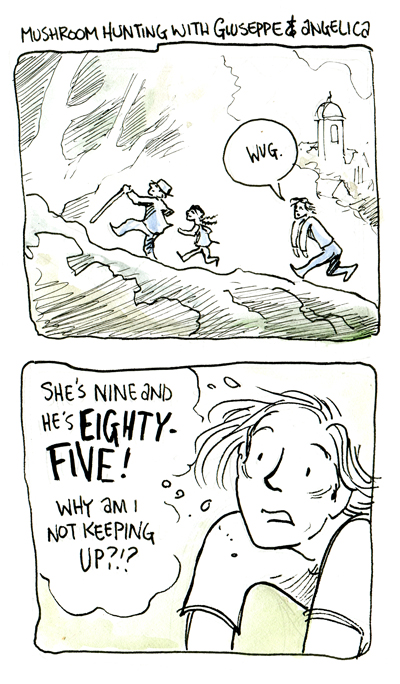 And here's a very, very short snippet of video from a little neighborhood dinner. Giuseppe is singing, as usual. As always.