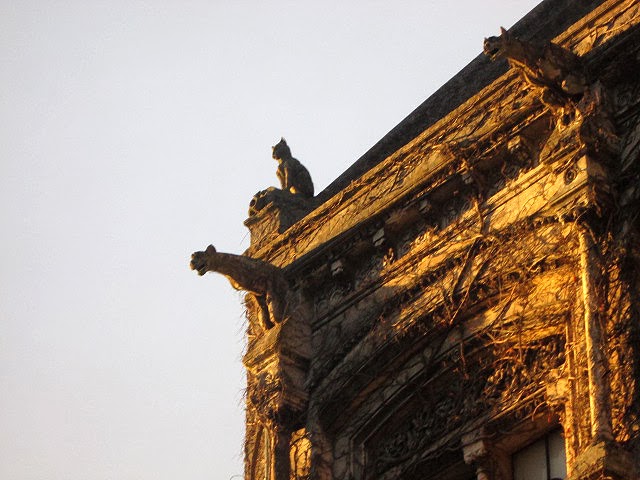 So I'm home from France, and what can I say about my first time at Angouléme?

One of the particularities of my life right now is that my work seesaws crazily between long periods of quiet steady work at home (my girls all get out of the house more than I do) punctuated by these very intense trips -they are adventures in cities around the world, filled with new friends and old friends, feasts and chance encounters, long conversations, late night parties, surprises and magic.

Angouléme in particular is already starting to feel like a dream -but the kind of dream where you wake up with some small token in your hand that makes you think that maybe, just maybe, it all really happened (in this case the token is a great handful of business cards and a pile of some Very Wonderful Books).

I'm working on a few journal comics to tell a story or two but, just like any dream, it's difficult to catch once it's gone...

Okay, I suppose I do have a few pictures and words...

The stone cat below is (I'm told) Angouléme's little mascot and the reason for the little cartoon cat in all the festival posters and literature. He perches with more gravitas than Batman on the corner of their ...I guess you'd say city hall? at the end of a row of gargoyles. And I'm pretty sure he quietly defends the town from all kinds of unseen dangers: 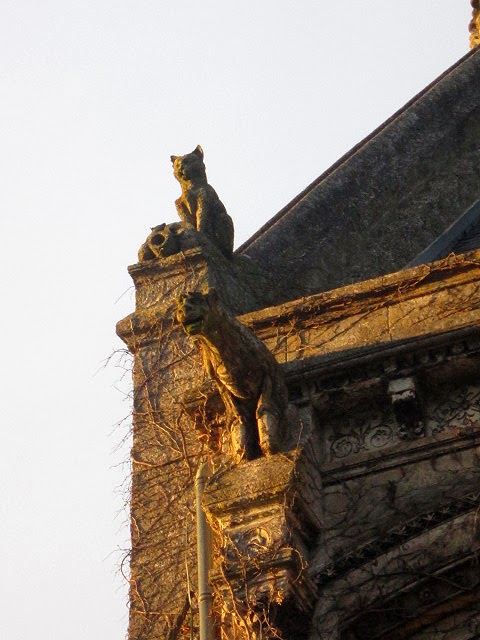 Here's a picture of my First Second editor, Calista. We didn't get to spend nearly enough time together, but it was a very busy week for both of us. The little Angouléme cat is visible here too -can you find it? 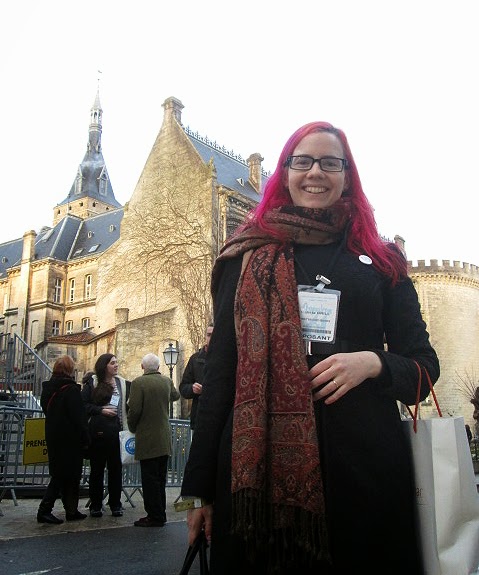 Pulling back even further, here is the Main Street of Angouléme. It's a town of a little over 40,000 residents and the festival draws over 200,000 visitors. Where do they put everybody? 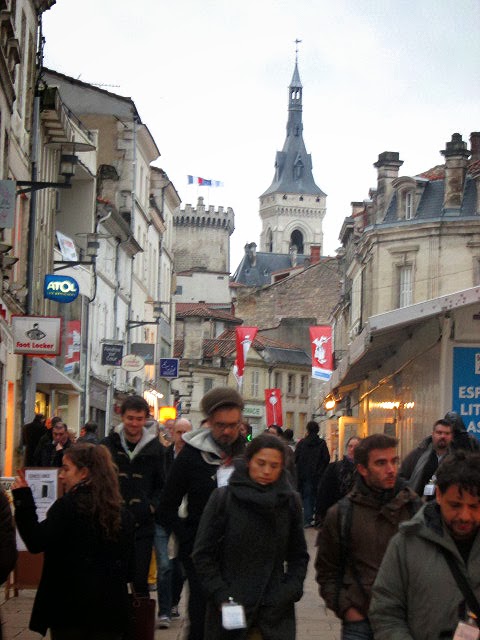 Well in my case it was in an amazing old fortified tower-turned-house. Here's the gate to the garden. 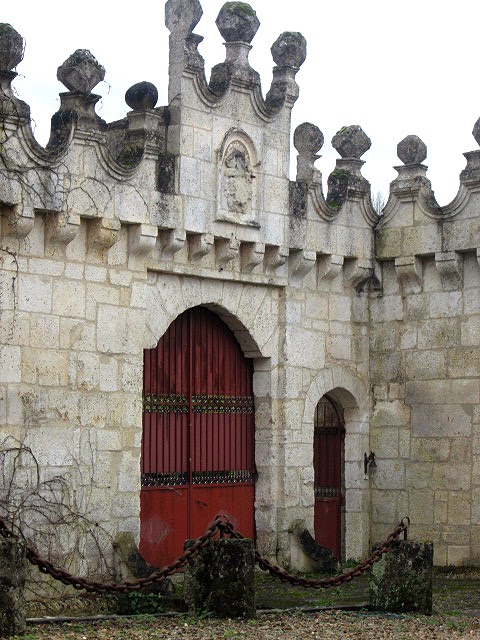 On the floor above mine I found a room that made me catch my breath. It was a fantastic painting studio. I asked if I could stay in that room forever. (the answer was no): 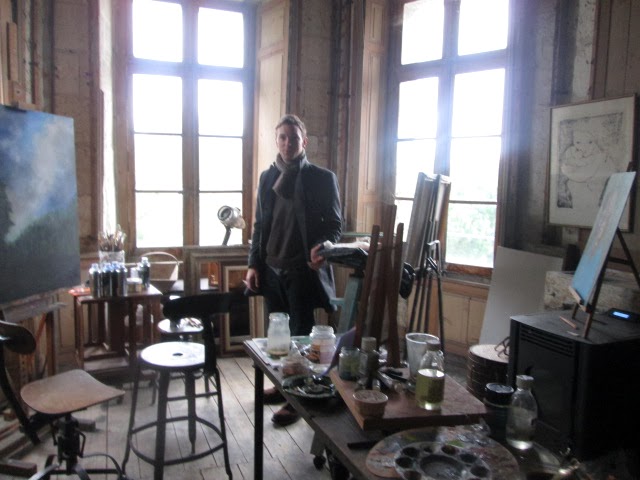 But of course there was no time for painting. I was in town to work. Here I am at the signing table. 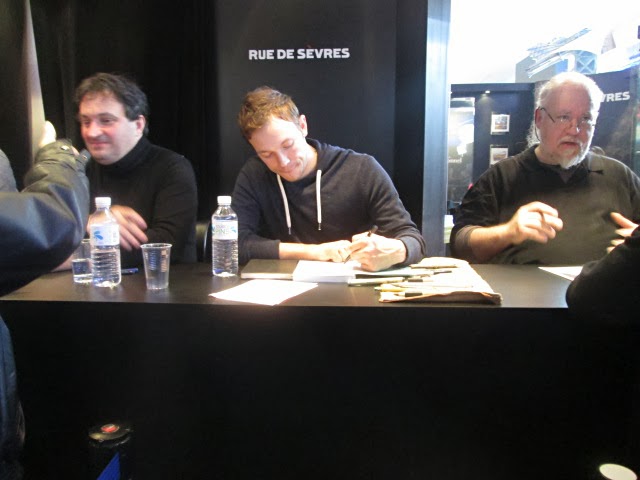 And here is my view of the festival floor: 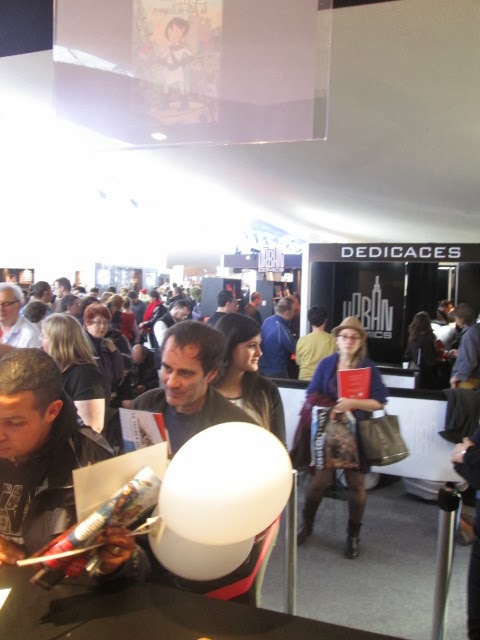 And the Rue de Sevres booth: 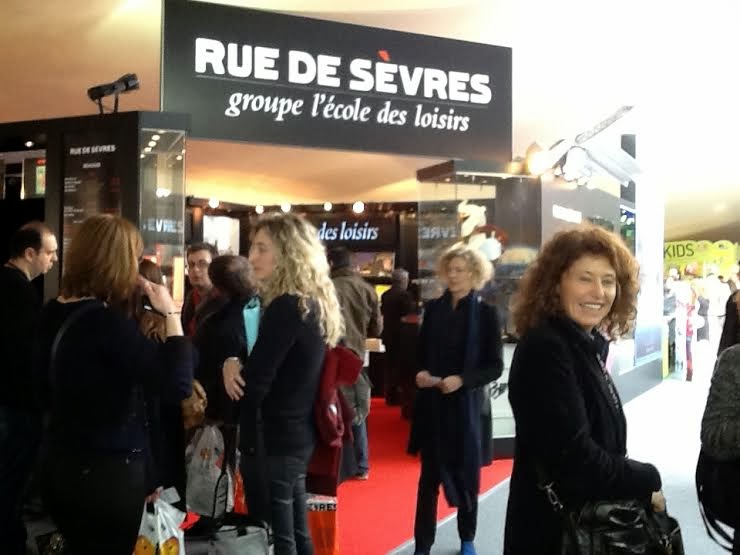 Oh! and one of my signing buddies was the famous Mo Willems! It was nice to get to know him a bit and also super helpful because he speaks fluent french. I have a picture of Mo and I together but... well you know how sometimes you see a picture of yourself and you look like you're making some kind of noise like "hork! hork! hork!"? Well, I'm not going to post that picture. Instead here is a picture of the empty signing booth with Mo and I drawn in: 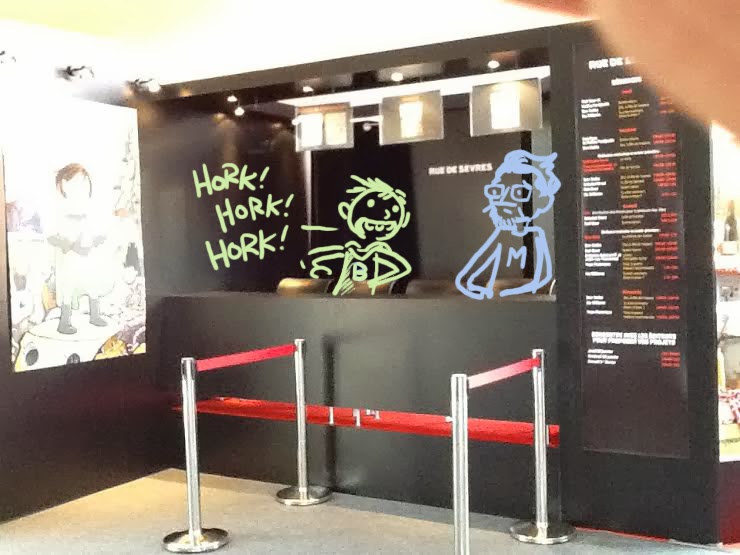 Of course it wasn't all interviews and book signings. The evenings were filled with lovely dinners and then late night gatherings at the Mercure hotel which is nightly packed to the gills with comics professionals (who are all packed to the gills with champagne). One of the professionals I had my eye out for but failed to meet was Boulet. The problem was that I didn't really know what he looked like until later when I read Jen Vaughn's Angouleme Report.

(here's a picture of Jen and I that I swiped from her report): 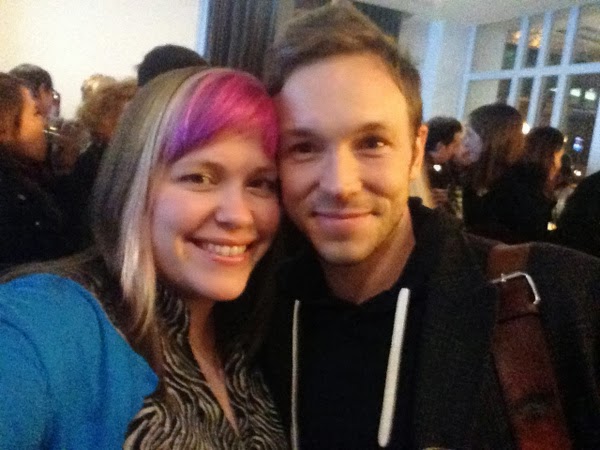 So anyway, on the plane ride home I found this picture on my camera roll: 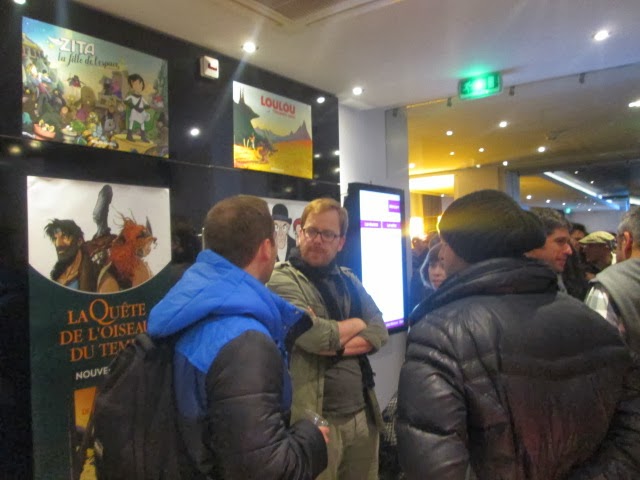 And finally the amazing and hard working Rue de Sèvres team! These ladies arranged every single part of my visit and made me feel completely welcome. They were truly the best hosts in the world and I could never say enough good things about them. Rue de Sèvres is a new publisher and this was their first Angouleme as well. But they hit the ground running they have some fantastic books coming up, and I think they made a big impression on the whole festival: 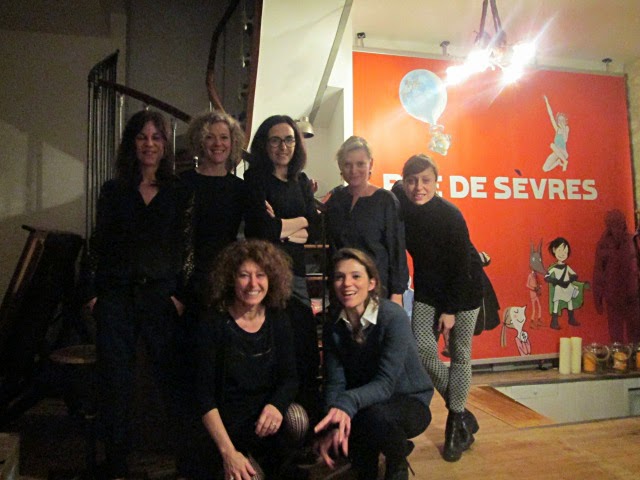 And books! I came home with a big pile of excellent comic albums and picture books, many of which had beautiful inscriptions and art from the authors: 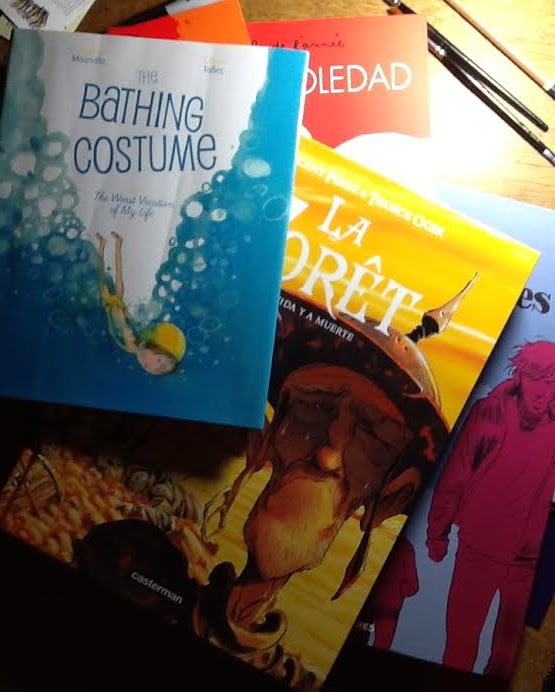 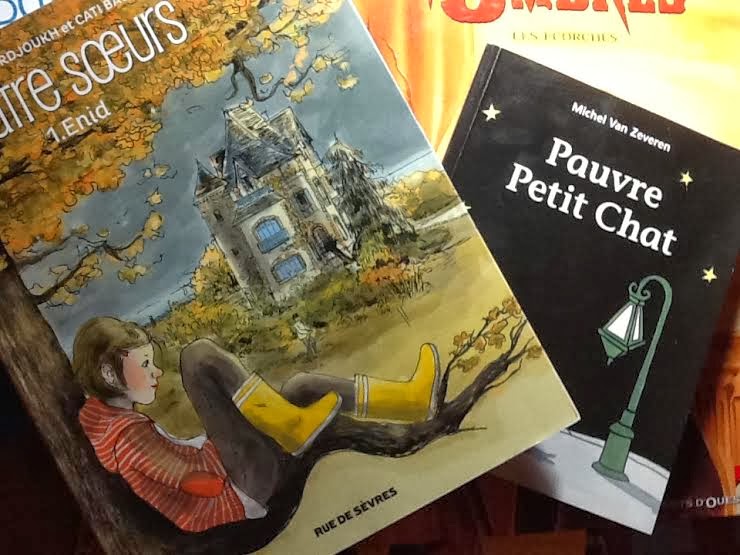