Kid Domino and the Avengers!

Rounding out the Marvel Universe we have a half-pint version of the X-Men character Domino, along with age reduced versions of some Avengers with a grown up Loki: 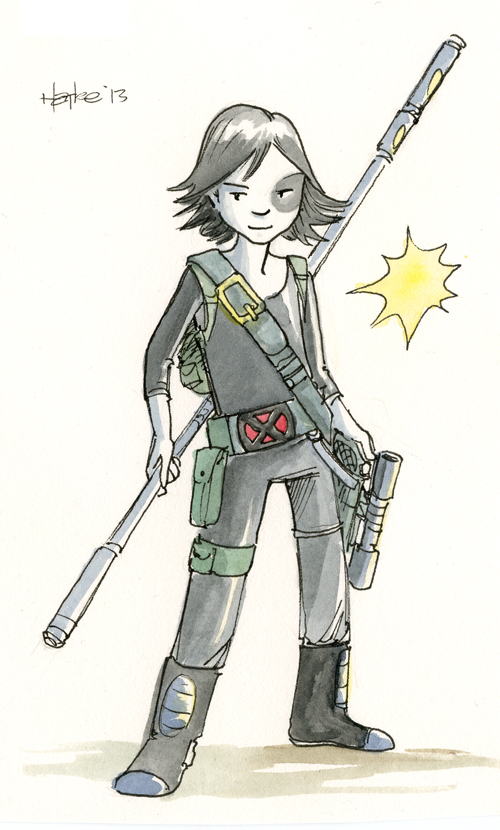 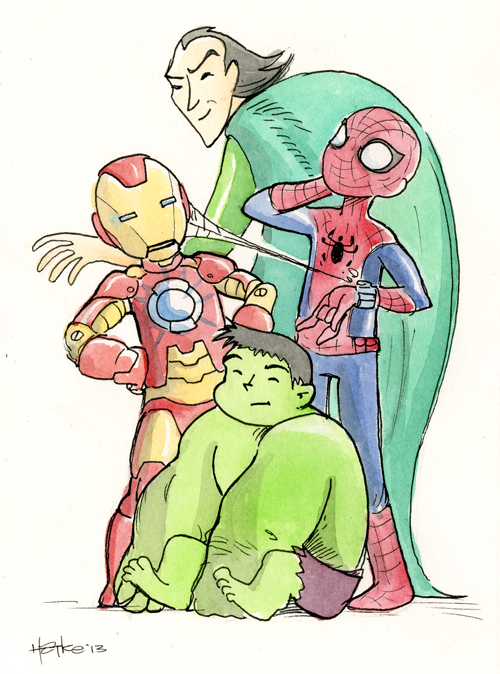 Now Domino is a character I didn't know a whole lot about (though I do have some old Rob Liefeld X-Force comics). With her mutant probability-altering power (super luck) she's essentially better-designed version of the mutant character Longshot. (Poor Longshot. Why would a character with the superpower of "awesome luck" have such an UNfortunate design that includes three fingered elf hands, a mullet, a glowing eye and a disco outfit?).