Leaving behind the Marvel Universe now we wander into the world of DC superheroes and find a couple members of the Bat-Family: Dick Grayson and Barbara Gordon: 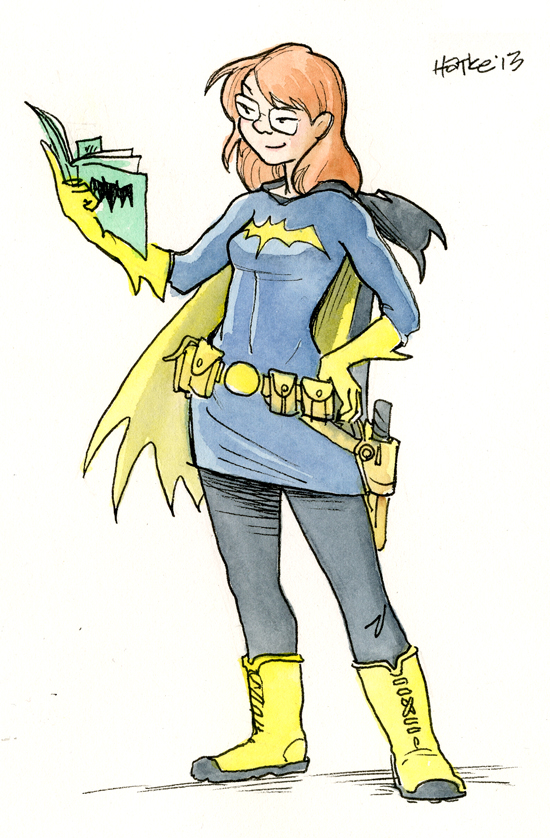 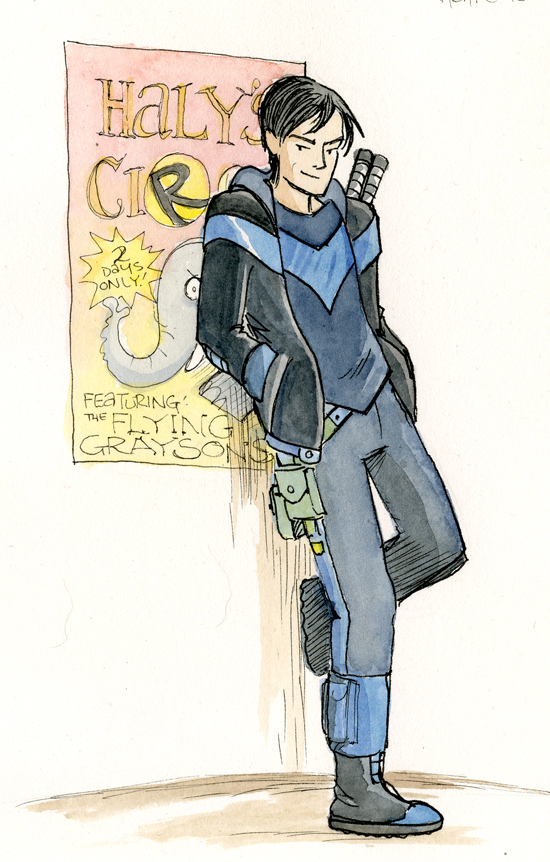 I was particularly excited to draw up a version of Dick Grayson/Nightwing/Robin the Boy Wonder (the first) because he's easily my favorite character in the whole DC cannon. I mean, he's a circus acrobat! Trained by Batman! C'mon!

So here we have a very casual Nightwing, leaning up against an old Haly's Circus sign. I always figured that if I were writing the character he would be very casual about the whole superhero thing. Not really bother with a mask and only really protect his civilian identity for Bruce Wayne's sake. He'd be a sort of hero's hero, a crimefighter's crimefighter. The series would see Batman's protege traveling the world, working with a different DC hero in every episode, using his particular expertise to help them with problems they can't solve on their own.

Here is a short, very quickly-drawn comic I made last night to say farewell to Summer 2013: 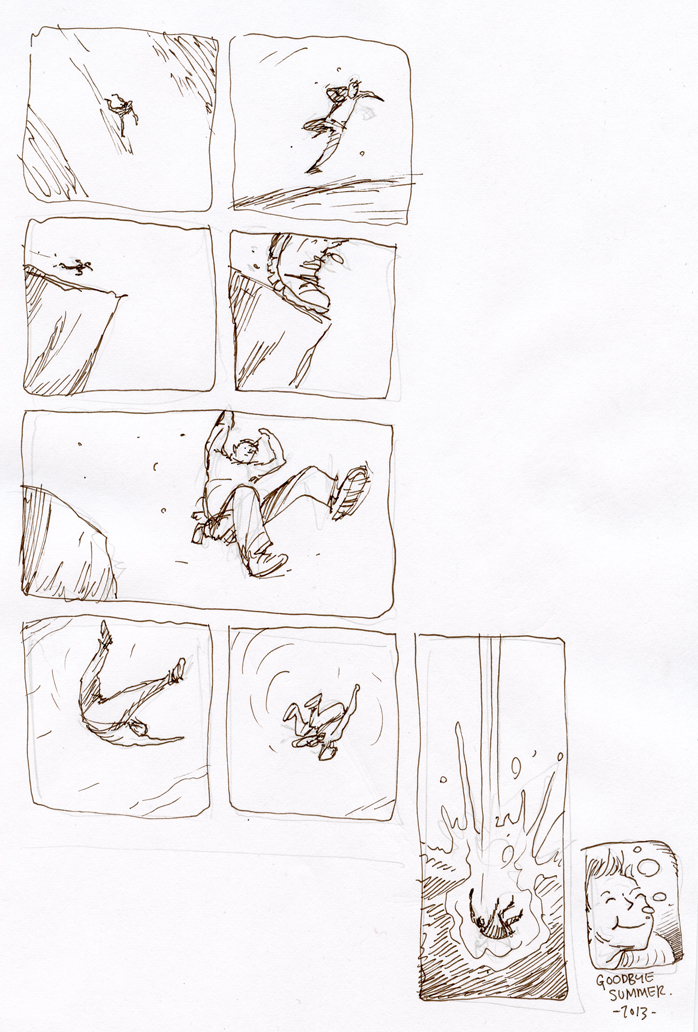