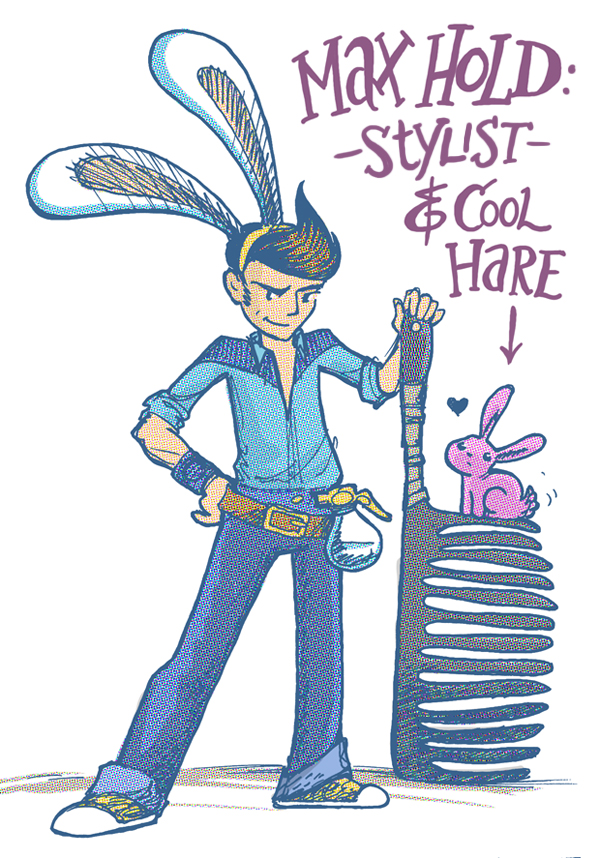 This past weekend I participated in Dave Roman’s Comics Quickfire Challenge at the Kids Read Comics celebration in Ann Arbor.

In this event there are two teams of cartoonists. Each team is lead by a kid chosen from the audience and the teams compete to draw the ultimate four panel comic. Each panel must be drawn in under 60 second and the topics are determined by the audience. My teams comic was “The Bunny Apocalypse” and I was chosen to draw the third panel, “the twist.”

Now, by panel two there had already been a massive explosion in bunny world and the “twist” that an audience member suggested was the arrival of a “hare dresser” to save the blown-up bunnies.

And so, in the space of an instant, Max Hold (Hare Dresser, though he prefers the term “stylist”), was born. Wielding his magic, oversized comb, and wearing his rabbit ears that warn him of danger, he runs to save all rabbits from their impending doom. Or something like that. For this picture I gave him a sidekick named “Cool Hare” and I experimented with zipatone patterns in Photoshop.

Also at KRC, i was given THIS FANTASTIC ZITA FAN ART from artist Joshua Buchanan! 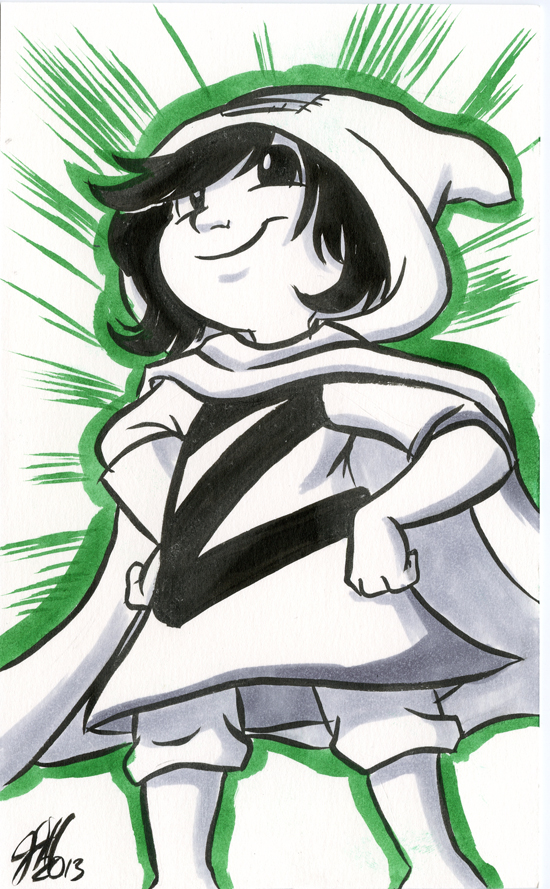