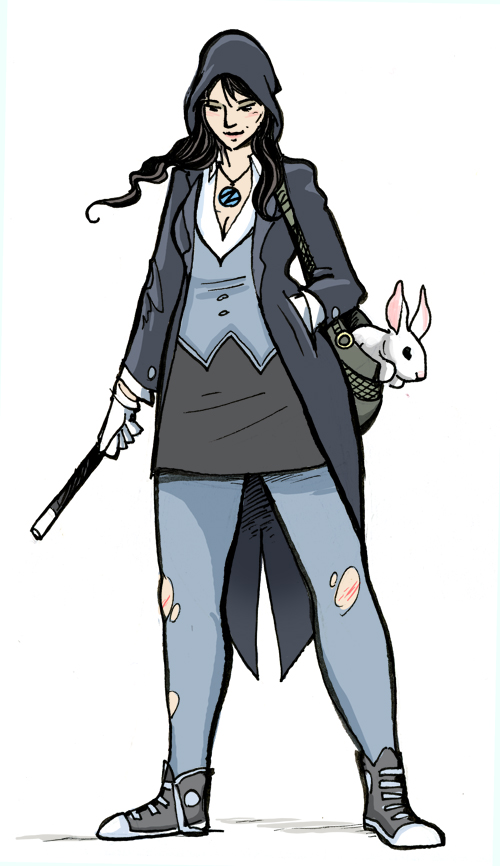 Zatanna is a simple girl.

That’s the world she was dragged into when her father, a prominent illusionist and escape artist, died under very peculiar circumstances and left her the key to her legacy. (And it wasn’t a metaphorical key, it was an actual key. Made of bone). Zatanna hadn’t seen her father in years (she left about the time he started training that horrible Wayne boy) and she was practicing street illusions at the time, making just enough to scrape by.

Upon her father’s death, Zatanna learns that her mother, who died when she was very young, was a powerful enchantress. Zatanna also begins to unlock her own magical abilities, and as she does she learns that the magical underworld is dangerously out of balance.

As Zatanna grows in magic she begins working as a fixer for both law enforcement groups and organizations from the magical underworld. She battles rogue wizards, trolls, goblins and creatures of legend all in an effort to keep the magical word from bleeding into the mundane world. She carries a wand, and a gun, a rabbit and a big bag of tricks.

But things are getting increasingly chaotic. Dark things are stirring in the realms of magic...

My main goals in redesigning Zatanna was to give her a look that leaned a little more toward street magic than stage magic, and to give her a physique that was something more than just “Wonder Woman in a top hat” which she tends to look like in the comics.

Admittedly, I haven’t read a lot of Zatanna stories, but I like the idea of a magician superheroine. I wanted to make her the Harry Dresden of the DCU, complete with all the complications that magic brings to personal life. I imagine her rabbit, Mr. Bun ( who I named after Susie Derkin’s rabbit in Calvin and Hobbes) would be a sort of magical guide for her, a bit like Bob the Skull for Dresden.

Here’s my first pass at Zatanna: 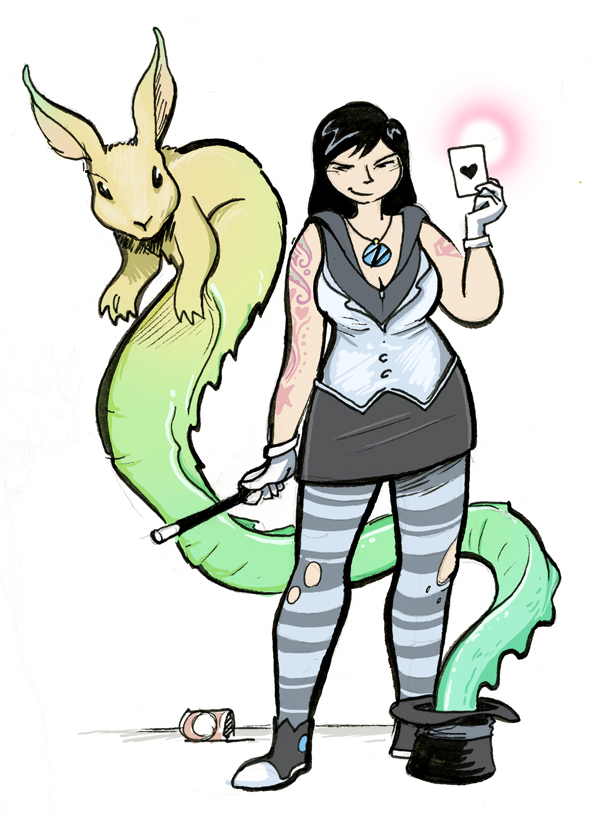