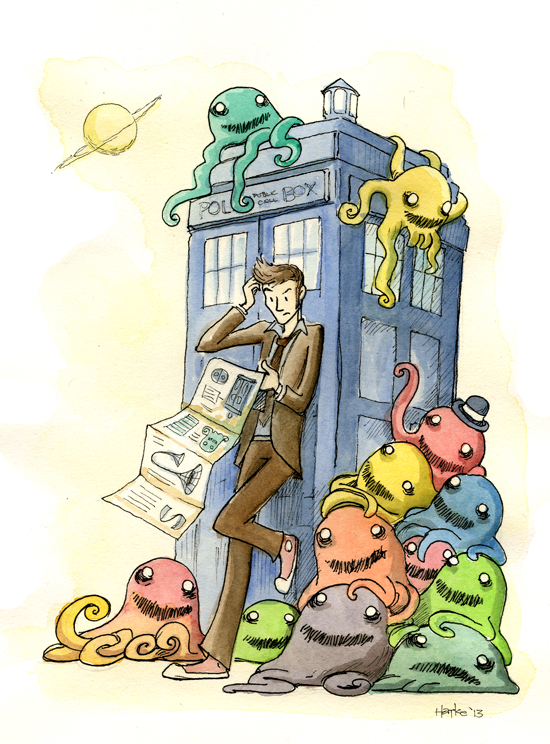 I first became aware of Doctor Who a handful of years ago when we were living in Italy. We had run out of movies and a pair of British teenagers loaned me some episodes they had burned to dvd. They seemed pretty incredulous when I told them I hadn’t heard of Doctor Who, but they told me not to worry because the new Doctor (David Tennant) was “quite dishy.”

The first episode I watched was “The Impossible Planet” which is one of those episodes where you just plunge right into the adventure at full tilt and I thought “how could I not have known about this?” Then I thought “yeah, I guess he is pretty dishy.” Then I thought “OMG ROSE TYLER!” (though now my favorite companion is Martha Jones).

So I was definitely taken with the TARDIS and the crazy mishmash of ideas that made Doctor Who what is was. I’ve been quite a lot less impressed with the Steven Moffat/ Matt Smith series, which seems too focussed on it’s own mythology instead of looking outward toward new ideas. But those Russel T. Davies/ David Tennant episodes were something special.

So... how many Whovians do I have visiting this blog?