Another entry in my Justice League Project -my re-imagining of Captain Marvel: 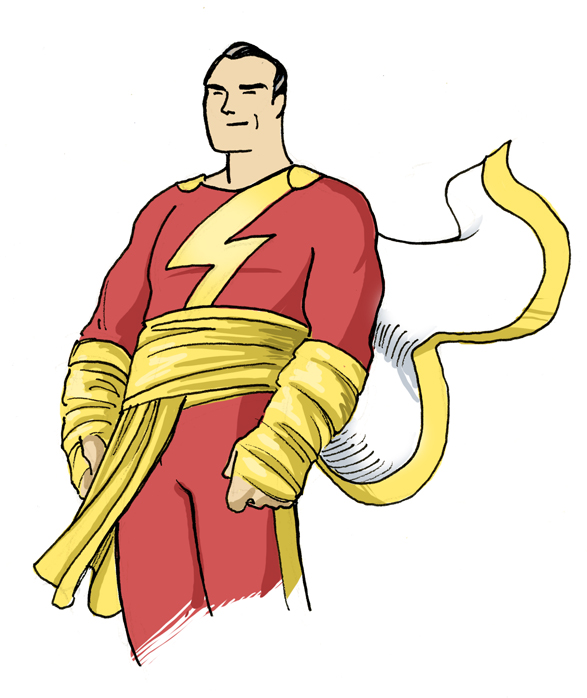 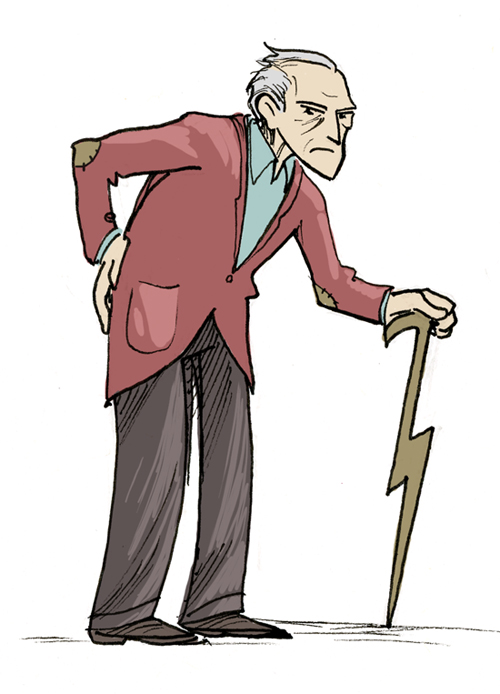 Active during the 1940s and 50s, Shazam was one of the worlds first true superheroes. When young Clark Kent goes public as Superman, this is where he gets his inspiration. Shazam (whom the media briefly dubbed “Captain Marvel, though the name didn’t stick), was powerful, colorful and a sort of living embodiment of the optimism of the time.

But very little is known about the man behind the legend.

This is because Billy Batson laid a lot of the groundwork for what it means to be a superhero, and that included a jealously guarded secret identity. As a young boy he was, under mysterious circumstances, granted a magic word that, when spoken, would imbue him with magnificent powers and a preternatural adult body.

Toward the latter half of the 1950s sightings of Shazam became fewer, and then dropped off altogether.

At the time of the forming of the Justice League, William “Billy” Batson is in his 80s and living a bitter, reclusive life in a private estate, along with his sister, Mary. But Batson has been watching the rise of these new Superheroes with great interest, and he thinks, perhaps, when the heroes reach their darkest hour, he may speak his magic word again.

COMMISSION UPDATE: Commissions should start going out next week!