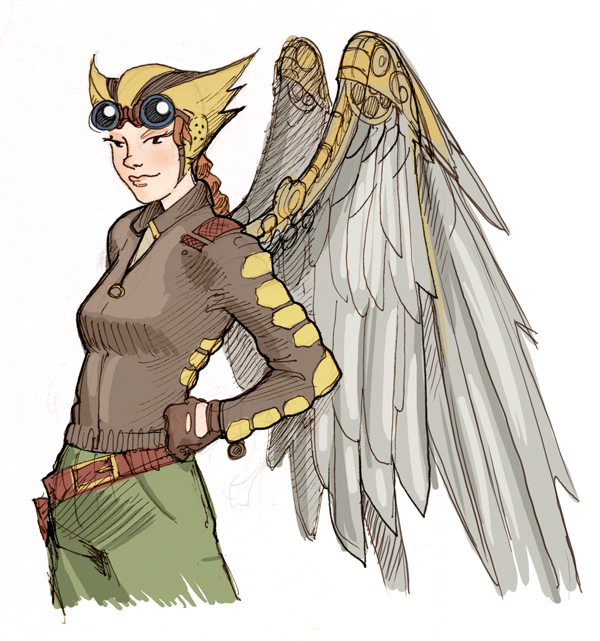 If Shazam was one of the world’s first superheroes, then Doctor Carrie Hall aka Hawk Girl, was one of the 20th centuries last great costumed adventurers.

Active during the 1930s, Hall became famous not only as a terrible distraction to the (mostly male) undergraduates of the Archeology department of Marshall College, but also as a globe-trotting treasure hunter and “liberator” of rare and valuable historical artifacts. Armed with the “usual tools of the trade" as well as a pair of unique gliding wings, National Geographic dubbed her “Hawk Girl: the Tomb Raider.”

Her wing technology has never been duplicated, leading some to believe that there was more than science involved in her flight.

Hawk Girl disappeared somewhere in Egypt at the eve of the second World War. Her fate remains a mystery.