The Journeyman and the Master

About three years ago, when we were living in Italy, I made a clay sculpture of a Madonna and Christ Child. The design of the piece was based on a forgery. I’ve had a long-time fascination with art forgery and counterfeiting and at the time I was reading a book about a sort of renaissance of forgery that happened in Italy in the 1930s. In the book there was a picture of a Madonna carved from wood that was meant to look late Medieval but something in the curve of the Mother’s stance suggested modern sensibility -a hint of Art Nouveau perhaps. I decided to try something similar. I got a couple bricks of plasticine clay and started building...
I started with a terra-cotta sketch 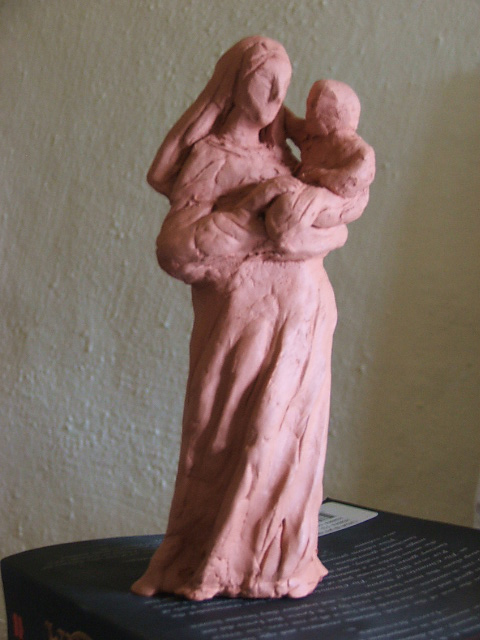 and then moved on to clay 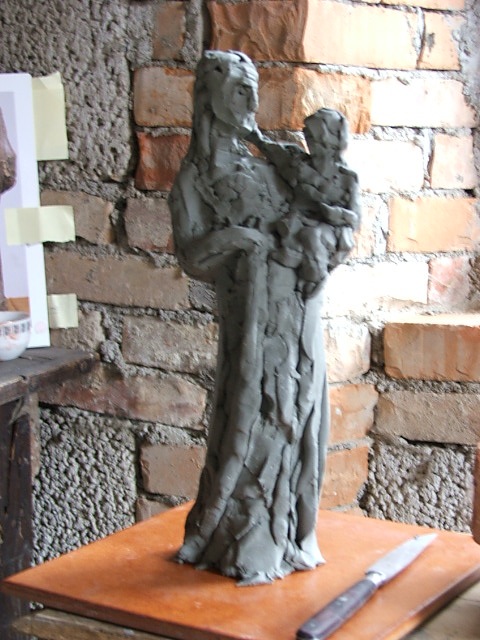 here it is nearing completion 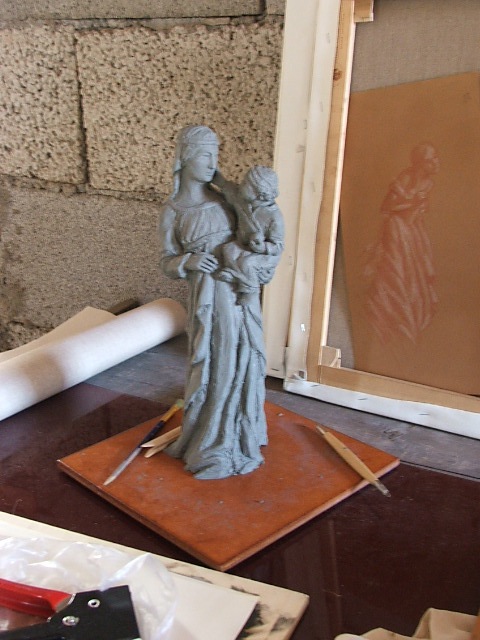 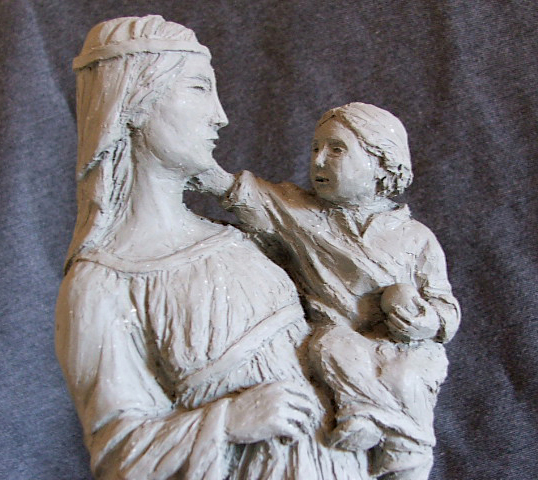 After a few weeks of sculpting I was pleased with the work. Pleased enough that I started thinking about casting a more permanent version. A sculptor friend named Jason Arkles recommended a foundry in Florence where I could have a mold made. And so on a hot late summer day I took my fragile plasticine madonna down the mountain on a three hour trip to Florence in crowded busses, cars and trains. Plasticine never dries, and the hotter it gets the softer it becomes. I still count it as a small miracle that the thing survived.

how I left the statue at the foundry 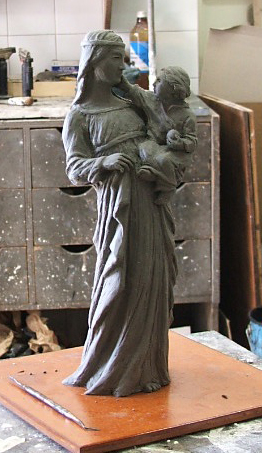 But it did survive and I had a mold made. Unfortunately I ran out of time and money and never had the final version cast, as I had intended. We returned to the States and the mold, a lump of plaster and silicone, has sat in the corner of my studio ever since.

Until this week, when I finally had the opportunity to call my old friend, master sculptor Reed Armstrong, who agreed to help me cast the statue myself.

I met Mr. Armstrong about ten years ago. At the time he was creating a series of life-sized statues and I helped him with the very messy and labor-intensive process of making molds for those statues. Those days were a lot of fun, even though I always came home with plaster dried into crevices I didn’t even know I had.

And now, years later, Mr. Armstrong lent me his help and expertise in casting my own statue. I won't go into detail, bur we ran into just about every conceivable problem in casting this statue. The mold is far from perfect and, tragically, the Christ Child’s face has suffered quite a bit, losing a lot of detail from clay that seems to have bonded to the silicon (or suffered damage in the original mold making process). But, all in all, having a statue is better that having an empty mold gathering dust in the corner. 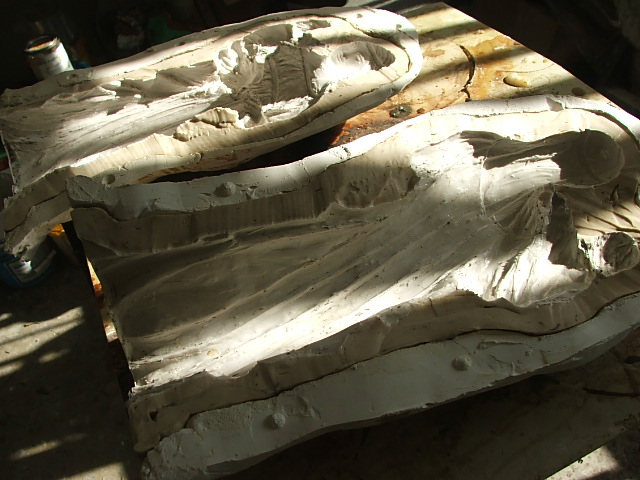 the mold with all its troubles! 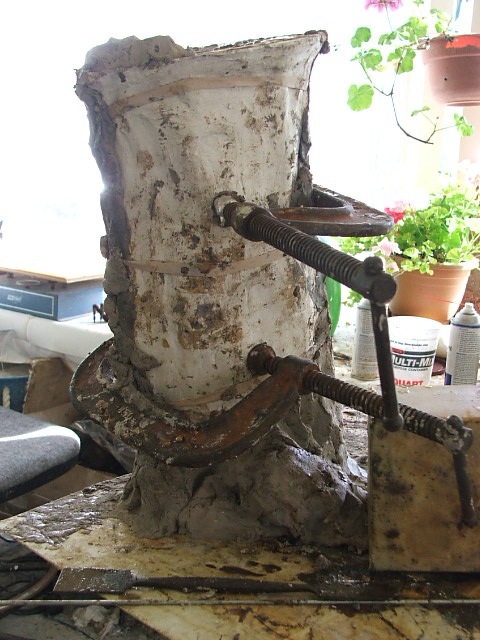 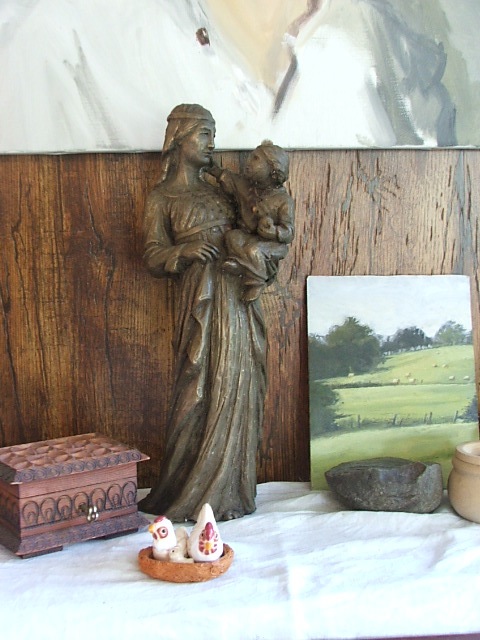 It’s not a masterpiece. And even calling myself a journeyman sculptor is a stretch. But it’s a step. And I’m learning.
Posted by Ben Hatke at 11:19 AM