I drew this great bird yesterday. 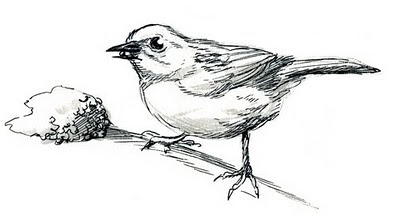 Once in a while, the stars align and a picture turns out pretty good without a lot of fuss. When that happens drawing can seem almost effortless. It would be cool if it happened more often.

Normally for illustrations or comics panels I do a thumbnail sketch first. These range from pretty detailed to almost illegibly simplistic. It’s the simplistic ones, though, that I think are the most fun to go back and look at along side the final pictures. Here are a couple: 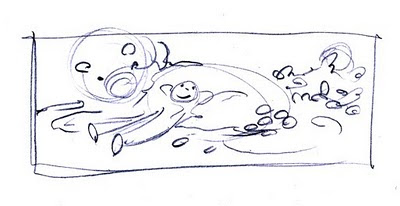 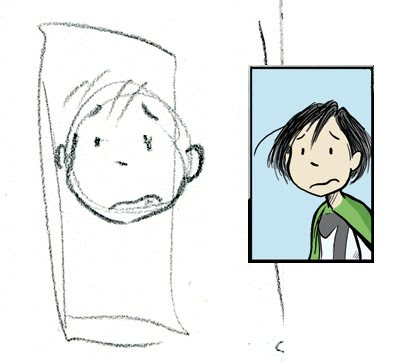 Moving along... It’s been a jumbled mixed bag of a week here at Haus Hatke, not to mention a busy one. At least this week I can rest assured that we’ll be bringing home the bacon because we slaughtered our pig on Tuesday.

Anna is doing a masterful job with the different cuts. As a neophyte, I had NO IDEA how much bacon you get on just one side. We’ll be smoking and curing ours (as well as making sausages, etc) and when it’s done Sunday brunches are going to be looking pretty sweet.
Posted by Ben Hatke at 7:33 AM