The Riddle of Steel (or wood) 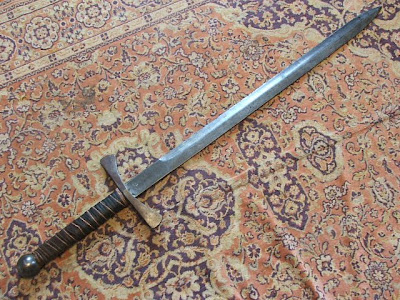 The picture above is a two handed broadsword from Starfire Swords. Starfire swords are forged with stage combat in mind, rather than costuming or wall mounting, but I think they are all the more beautiful for it. The edges and tips are blunt, but the steel rings like a tuning fork when struck. I’ve had a pair of these for about eight years now (actually the forge has burned down and been rebuilt in that time) and as you can see they’ve had a bit of use. 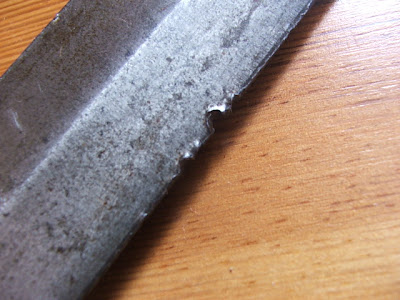 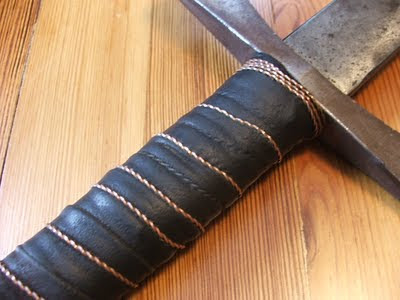 I’ve been meaning to post something about swords for awhile now, and this is a good time. Because swords mean a lot, and even in these postmodern days they can still play an important part of our lives.

For instance, last week my sister-in-law (God bless her) locked the keys in our van. Thankfully, the passenger door was not latched all the way and I was able to wedge it open and work some strips of metal (flattened curtain rods) past the weatherproofing up to the lock button. But my paltry flattened curtain rods were not rigid enough to unlock the car. I was on the verge of calling the locksmith when I thought of an old French military saber I had at home. It worked like a charm.

Lately some friends and I have been sparring once a week with wooden swords and metal bucklers using a medieval fighting system developed from Manuscript 1.33 (and explained further by these guys). It’s a lot of fun and yes, okay, right after swordfighting we go in and play Dungeons and Dragons. 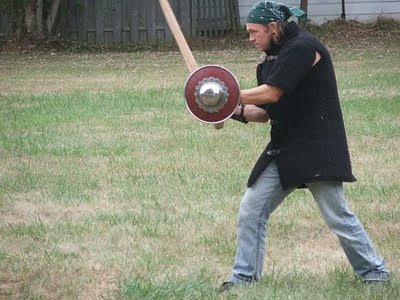