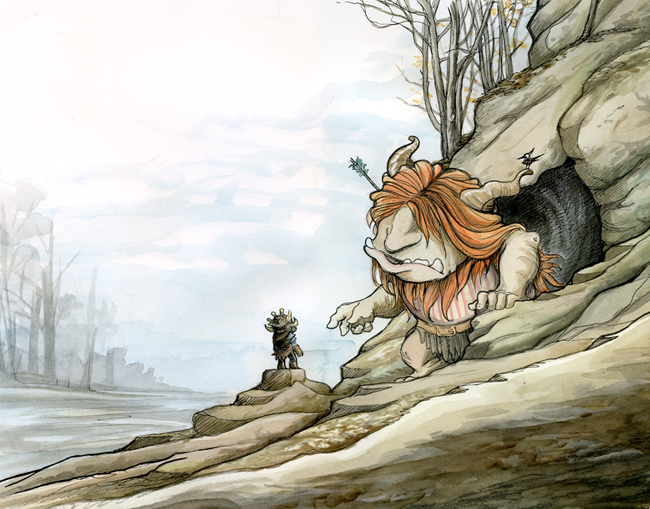 I haven't been getting out a lot lately.

This job, making up stories and recording those stories in words and pictures, it's a funny business. Sometimes I get to travel around and meet lots and lots of people. Other times I am in "Hermit Mode" and I stay at home for days on end, writing and drawing through the day and into the night. I'm in Hermit Mode now.

If you've been following me online, whether through Twitter or Tumbler or this very blog, it will probably come as no surprise to you that I am currently working on a project that involves Goblins. The picture at the top of this post is from this story. The illustration is ink and watercolor -purely traditional media with no digital work. I thought it would be interesting to share the process that I use to reach the finished piece...

I start with the original doodle from the dummy book (I might have something to say about the writing process and the idea of dummy books in a later post). It is the quickest of sketches that shows my first idea of how the text (blurred out here) and illustration might go together: 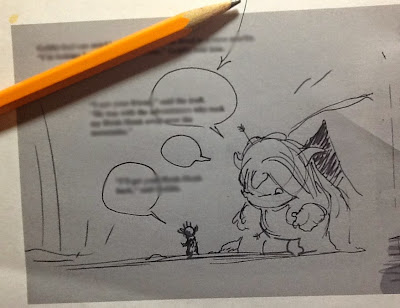 Now I'm a big proponent of anchoring every story and every picture in something from life. In works of fantasy you will have to create some things from whole cloth, but if you are able to pull at least one or two elements from the world in front of your eyes those elements will act as an anchor. So for this picture I called up my friend Andy and we went out looking for an old cave that I had once spent the night in in college. That cave was going to be my anchor.

To get to the cave we had to take a short hike along the railroad track by the river. But the cave was just as I had remembered it. 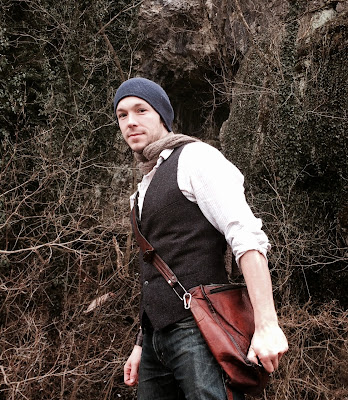 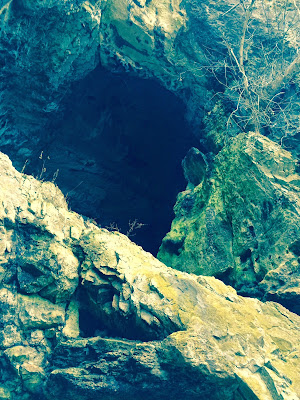 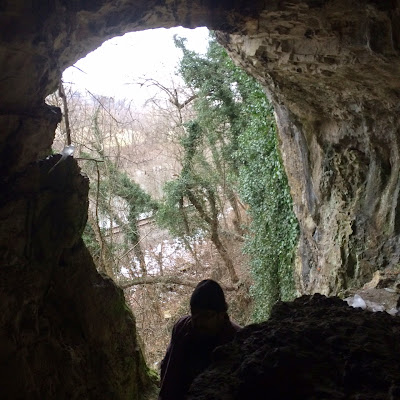 Except this time it was guarded by a pair of Ice Sentinels. 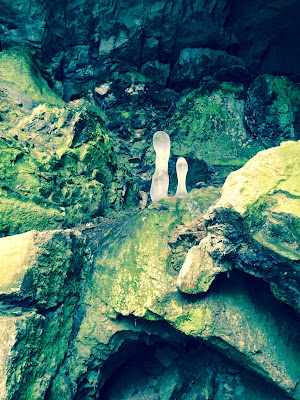 (It's hard to tell without something there for scale but these guys were 2, maybe 3 feet high).

And a tiny bat: 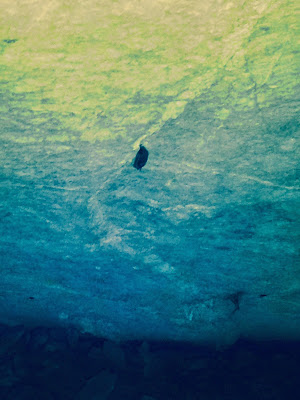 But I got the photos I needed and a good Sunday mini-adventure to boot.

So the next piece of the process is taking a look at the various reference photos and playing with layouts. Layouts are about getting the shapes to work together in a pleasing way. It usually takes several tries. 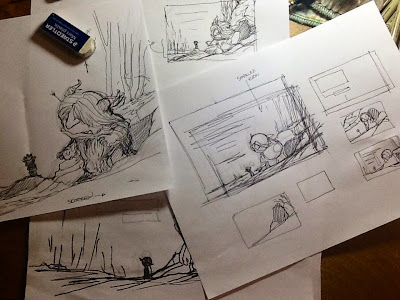 Once I have a layout I'm really happy with I move on to pencils. For this picture I work in a nice dark pencil on a piece of 8.5X11 copy paper. Nothing fancy. Here are my final pencils: 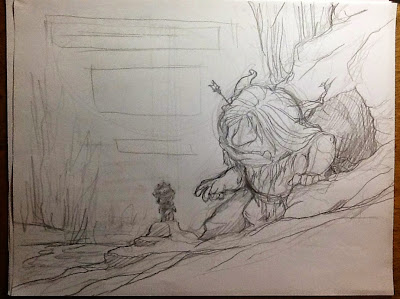 Now it's time to break out the nice paper. Arches 140 pound hot press watercolor paper. I buy it in big sheets and cut it down to manageable sizes. Now I move the pencils over to the light box and trace the final lines onto the watercolor paper with a 4h pencil that makes a very light line: 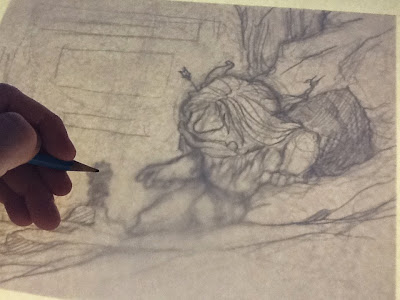 Once I have the light pencil lines on the watercolor paper I ink over it with a combination of micron pens and a brush with India ink. I forgot to take a picture of this stage.

And then, when the inks are done, I just sort of throw watercolors at it until I think it's "finished." (I could do a whole post about watercolors, but this post is already long, and there are watercolorists out there that put me to shame): 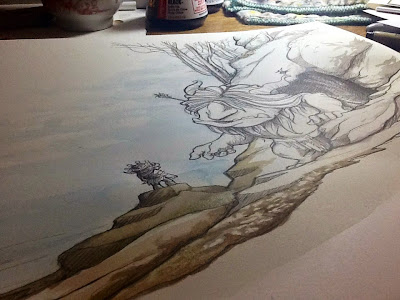 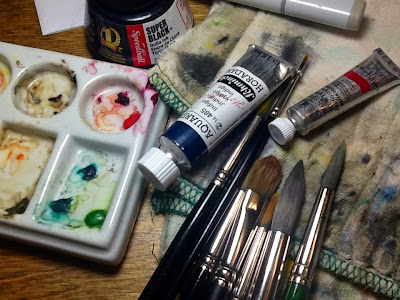 Finally, I look at the finished illustration, try to figure out if I like it or not, and then move on to the next one.

It won't be winter forever. 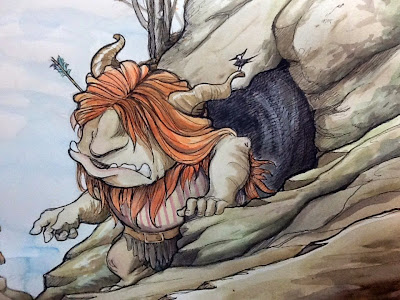