Here is the latest batch of Inkober drawings. Four new magicians with stories of their own and a world growing out around them...

It is a world on the brink of industrialization and magic is forbidden inside the walls of cities or towns. Magicians are outlaws in the traditional sense -not hunted as criminals, but neither are they protected by the law. Magicians are exiles banished to the fringes of civilization. 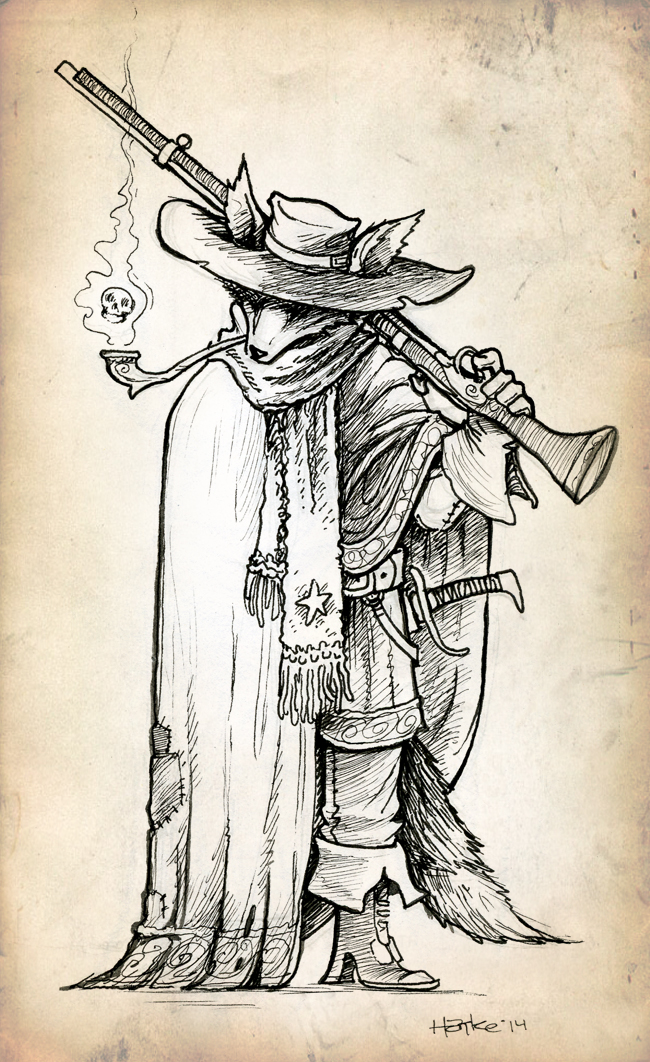 Reynard the Retired: A crafty old illusionist who has since abandoned magic and now lives as a hunter in the wild lands.

The Clockwork Conjurer: A strange wandering automaton that is widely assumed to be all the remains of a once mighty wizard. (in fact the wizard, what is left of him, lives on inside the automaton, powering it with the last of his magic). 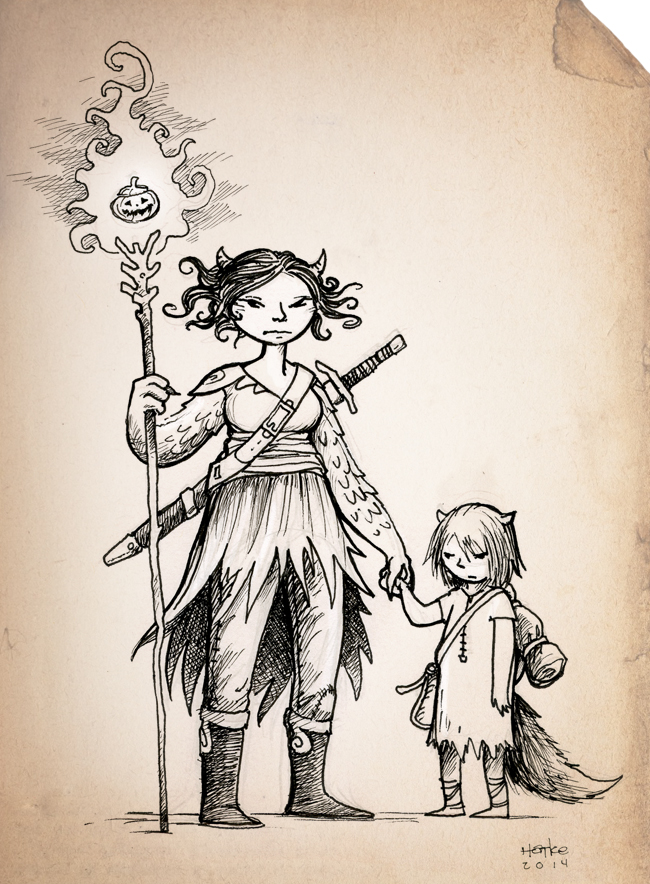 The Widow of the Outlands: a young enchantress who was exiled upon the birth of her first child, born with a telltale tail. 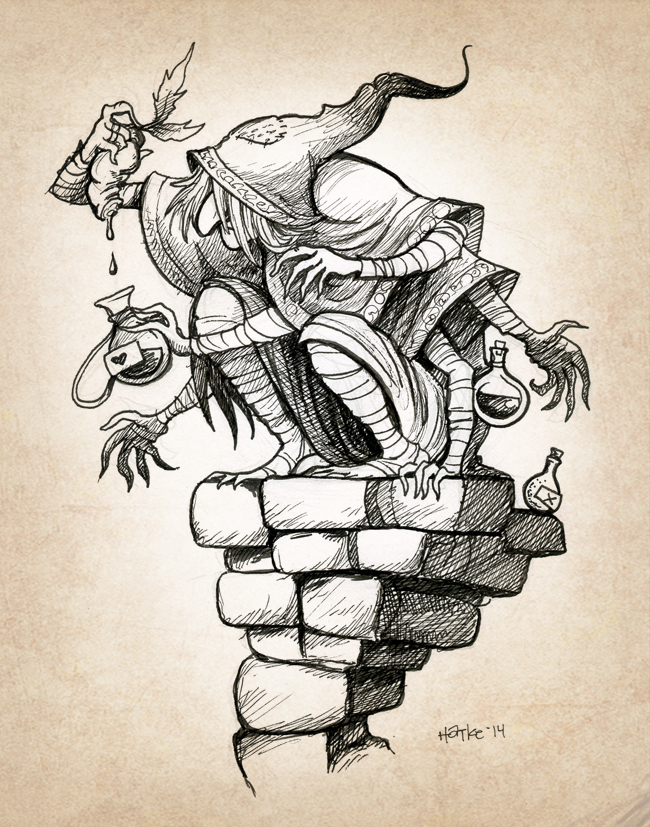 The Witch of the Walls: A potions master that is tolerated to live on the outer walls of a great city. She scrapes together an existence mixing love potions, healing concoctions, and political poisons.

That's all for now.