This is a post about a project that never came to be. It's called: 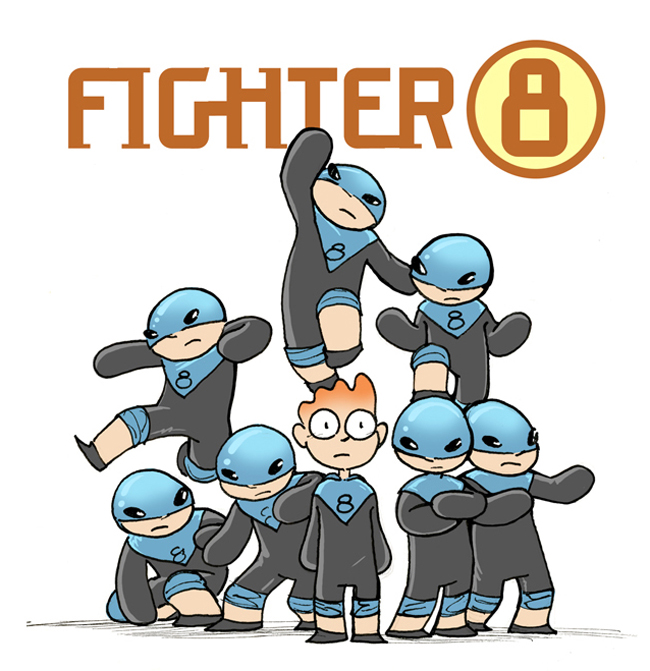 Last year, after doing a freelance job for a small division of a pretty well-known animation company, I was invited to pitch a short animated web series to them. It was a fun, sort of open ended project. Ultimately, though, what I came up with didn't quite fit with the house style and the other things they were producing, and so we parted ways. And that was fine. Not every story, or project comes to full fruition. Life would be too crazy if that happened.

Still, the pitch has been sitting on my hard drive collecting dust ever since. I'm happy with a lot of the art, and the character designs in particular, so I thought, here on the first day of autumn, I would share them in one big post.

Briefly, Fighter 8 is an arena fighting story about a group of middle schoolers with weird super powers. Sort of Pokemon meets kid X-men. The story follows Douglas the Multiple boy as he helps his best friend Jason (the Spin Doctor) form a Battle Stars league for their school. Of course, in so doing they begin to uncover an unsettling mystery surrounding the school's principal.

There's a lot more to it of course, including a ten-episode story arc, but because I want the art to sort of take center stage in this post, I'm not going to include the full synopsis or character bios or anything -though I may paste some of those things into the comments for anyone interested.

And so, without further preamble, here's the art from Fighter 8: 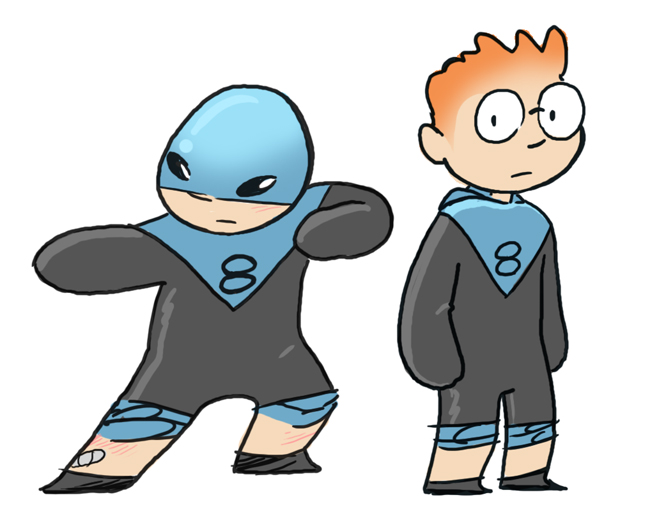 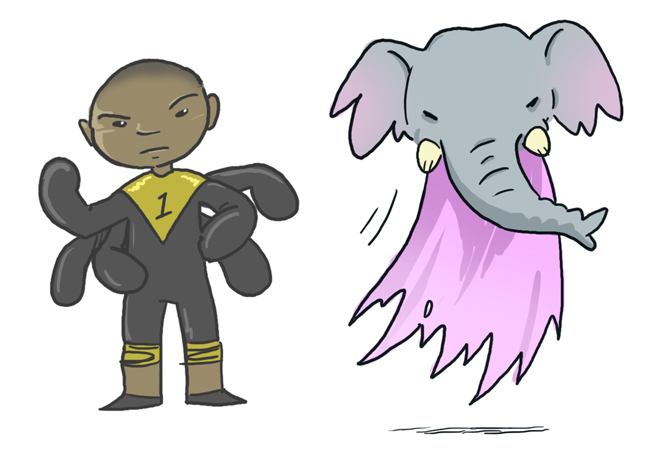 Jason the Spin Doctor, and the Elephantom 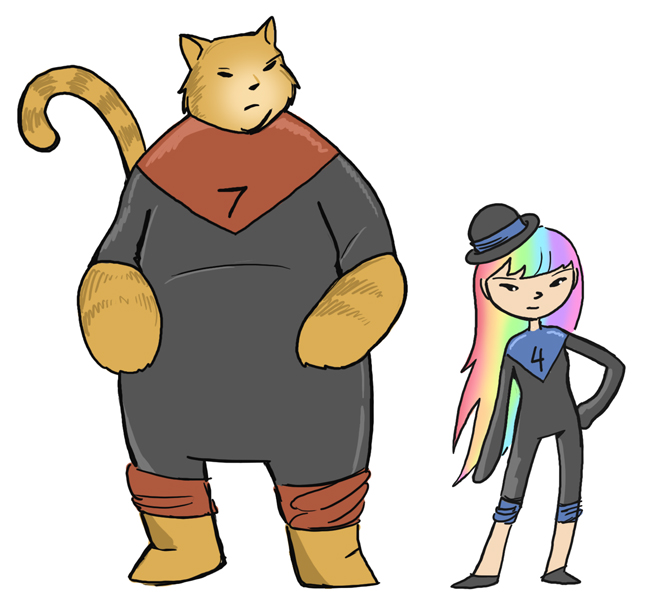 Big cat and the Rainbowler 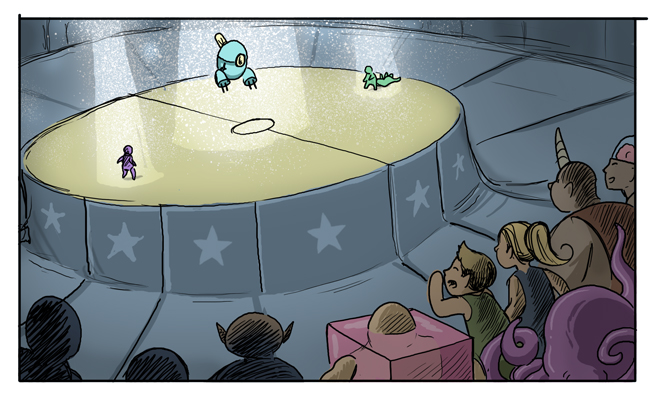 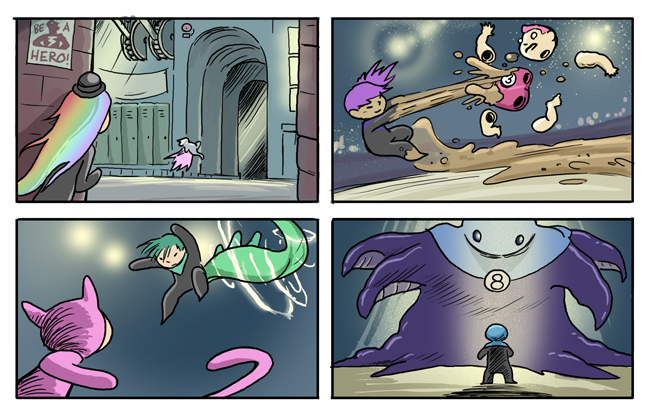 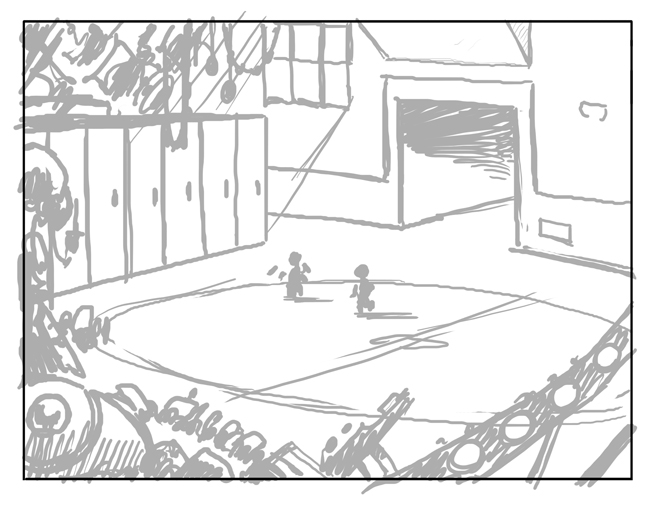 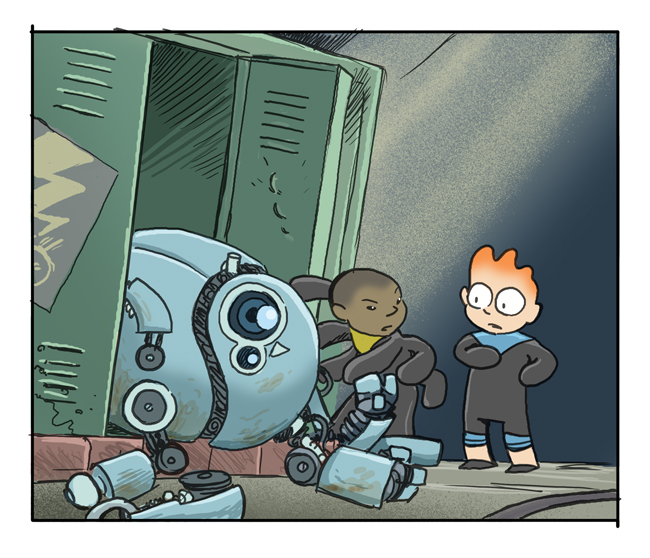 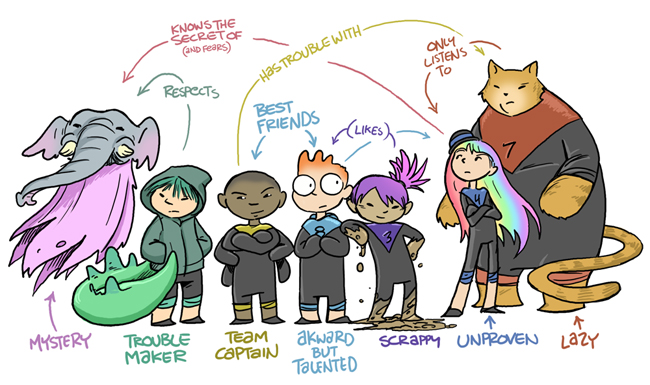 (you can click the one above for a larger version)

Some additional characters from opposing teams: 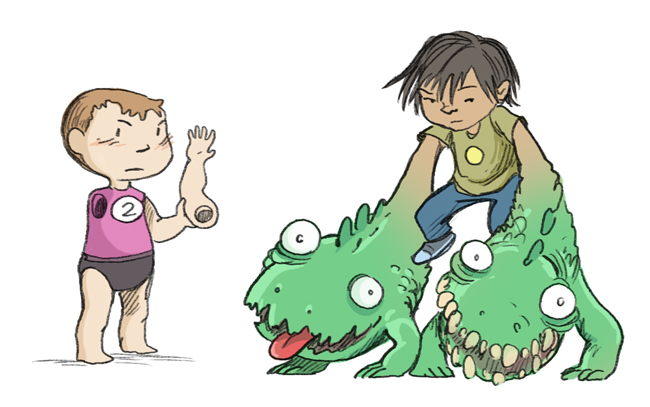 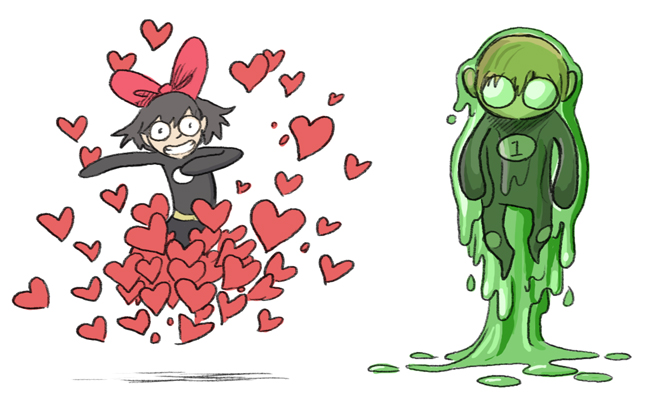 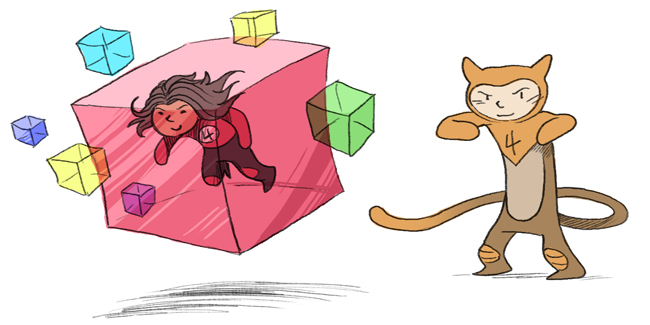 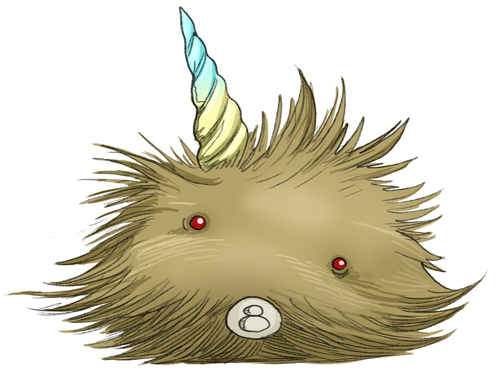 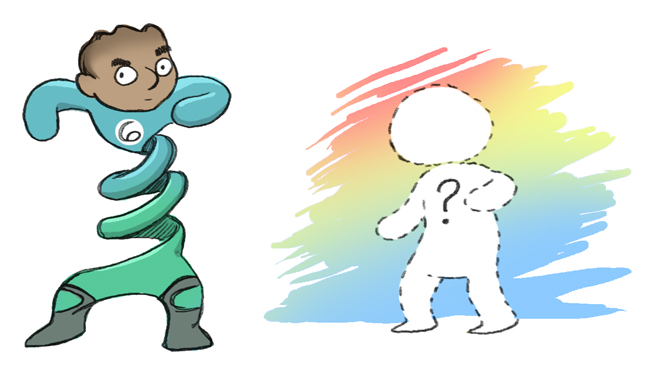 And here's a short comic: 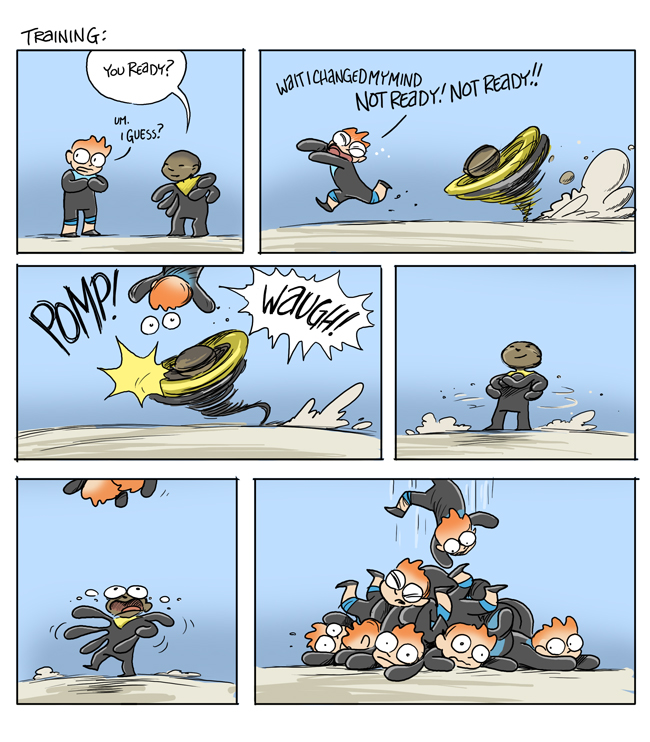 And there you have it. It feels good to finally share some of this with the world. Thanks for reading! 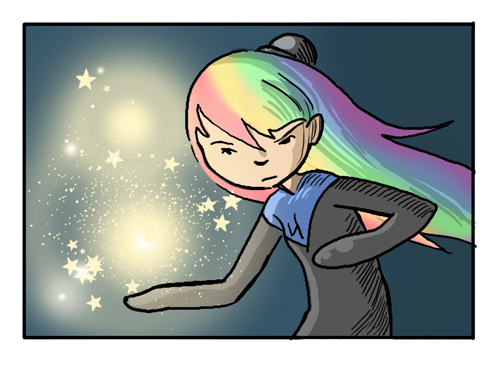