So it looks like I'm going to chip away at a small party of professional dungeon crawlers. Tim Canny named our halfling "Nip ThimbleRig." Here is the second member of our group, an elven spellcaster called Tuck Lowsong. 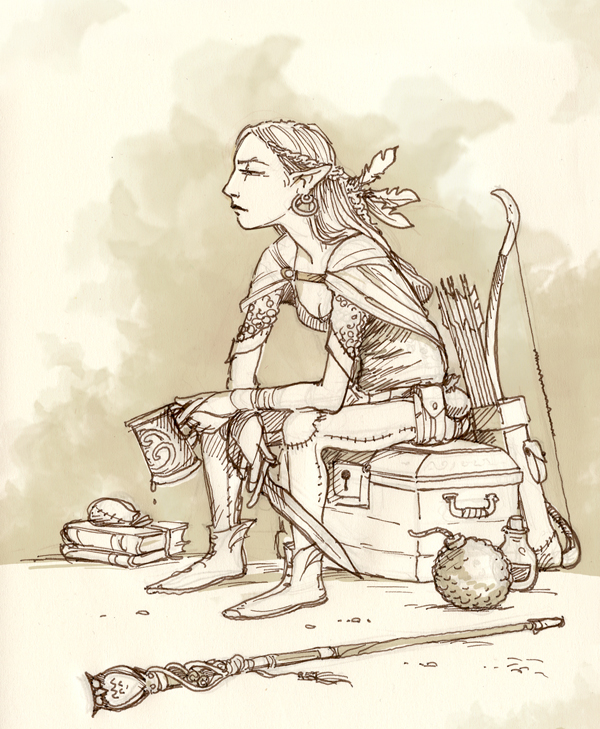 Tuck was raised in the only known mixed Dwarven-Elven community. She is a naturally talented sorcerer, and has also trained as an alchemist (specializing in bomb making). She is volatile, undisciplined, foul-mouthed and unpredictable and that's when she's sober, which is frankly rare. But her knack for improvised magic makes her invaluable in goblin-infested and trap-laden dungeons.

The most important day in her life was when she spent her last coin on ale, was kicked out of a village tavern and saw a little halfling walking up the road followed by a weird little bird...