Unpacking my bags and my brain after a big weekend adventure spent bouncing between New York Comic Con and the Occupy Wallstreet Protest. So much happened! And I’m working on a way to condense some of my experiences into a story told in comics form. If all goes as planned those comics will start appearing this week, so please stay tuned.

In the meantime here is the new “about the author” illustration for Zita 2: 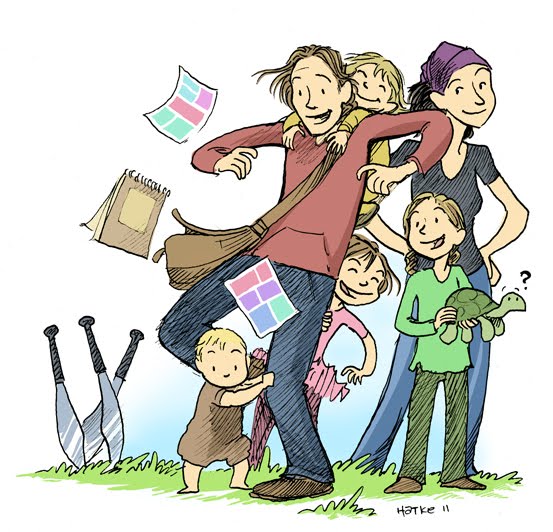 As you can see, it’s a little more “action packed” than the last one, which looked like this: 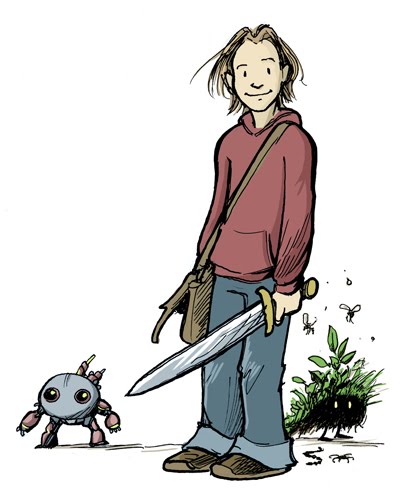 It’s always fascinating to me to see comics artists draw themselves and how those drawings match up to the real person. Sometimes all the characters in a comic will have a little visual hint of the person who drew them. Case in point: this weekend I finally met my flight comrade, Bannister, who travelled to the con all the way from France. I’ve been wanting to meet Bannister for some time. Not only are his comics are amazing, but he looks a lot like his drawings.

You can see some of his work by clicking right here.
Posted by Ben Hatke at 6:10 AM