Wow.  sorry about the lack of blogging lately.  I have embarked on the massive job of coloring Zita the Spacegirl book 2.  I’ve been spending a lot of time on each page, bringing the coloring up a notch or two over the last book, but between that and the freelance work I’ve become a bit of a zombie.  Nevertheless, there are a couple of things I wanted to share.

Last week I opened my mailbox and found a book that I worked on years ago that has finally, just recently, found its way into print. The book is called Parable. It’s a funny and widely varied collection of comics with a Christian theme (many of them, as you might expect, retelling of Christ’s parables).  The collection was compiled by Mike Maihack and features art and stories by 21 different artists and writers. My story was about Simeon the Stylite, an ascetic monk who lived for nearly 40 years on top of a pillar.  As I said, it’s been a few years since I drew this and it’s nice to finally see it in print.  The book is published by Lamppost and you can order a copy here. 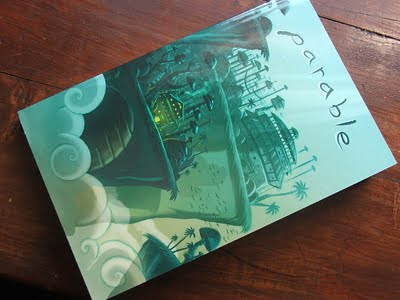 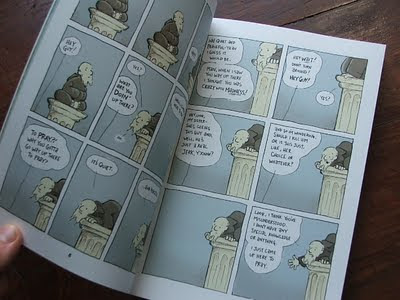 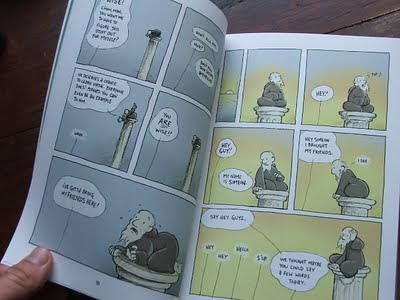 The other thing I wanted to mention is that some friends of mine are independent filmmakers.  And they don’t make stuffy, depressing, faux-hip “indie” films, either! Their work tends to be a nice mixture of big ideas and snappy dialogue.   They’re good at what they do.  They have talent and energy.  Right now they’re trying to raise funds to start filming a new online comedy miniseries called “Fruitcake.” To do this they’re using an internet fundraising tool called Kickstarter.  Have a look at their kickstarter video.  And if you aren’t already familiar with Kickstarter, poke around.  It’s kind of a fascinating idea.
Posted by Ben Hatke at 5:50 AM