A Grab Bag of Blog 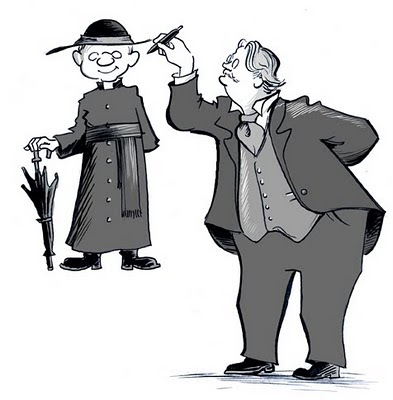 This is an illustration that recently drew for an Australian periodical called The Record. It had been awhile since I had drawn either Chesterton or Father Brown, and it was fun to revisit both:

And here is another compilation of little sketches and studies -this one featuring Lion-O! Poor Lion-O had the most unfortunate costume of all the Thundercats. Though Tygra wasn't going to win any prizes either. 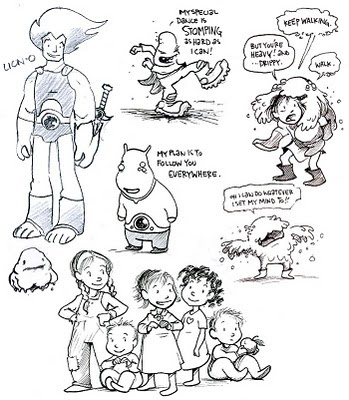 Finally, there are several comics-related links I’ve been meaning to post. Here is batch one:

Sailor Twain -a webcomic by First Second's own Mark Siegel.

Zahra’s Paradise -another webcomic from First Second. This one about a bloggers quest for his brother in Iran. The comic is running in seven languages.

Matt Phelan answers five questions about writing and reading the graphic novel. Remember: "the silent panels are to be read just as carefully."

And a happy (or at least tolerable) monday to all! I have something pretty cool to post soon...
Posted by Ben Hatke at 6:44 AM