The Ball and the Cross (or: GKC and Me)

There is a new edition of G.K. Chesterton's crazy odd-couple fantasy novel The Ball and the Cross, illustrated by me! It looks like this: 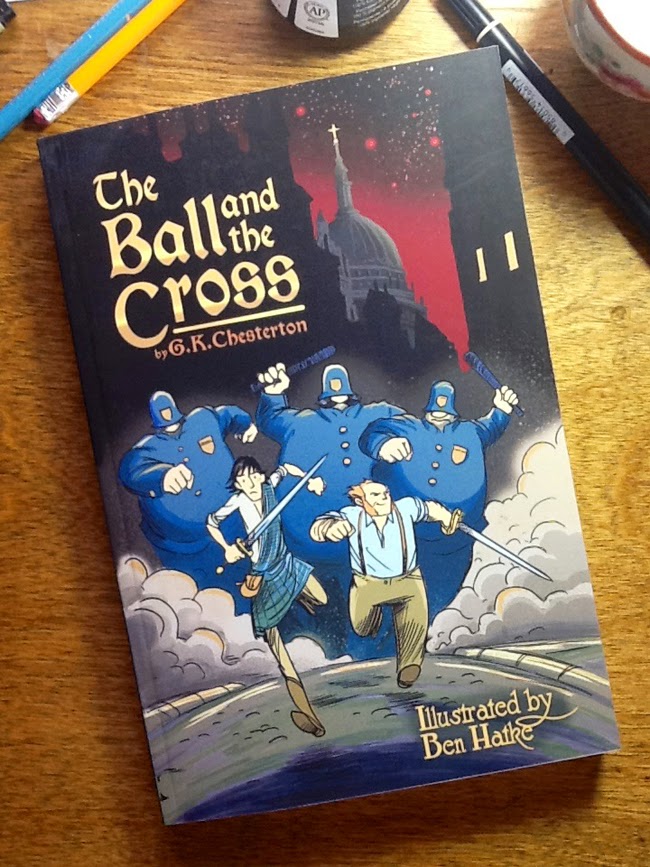 You can find the book online here.

In a 2004 speech, Neil Gaiman gives a wonderful account of his first discoveries, when he was still quite young, of the works of C.S. Lewis, J.R.R. Tolkien and G.K. Chesterton. Of Chesterton he says:

I was always aware, reading Chesterton, that there was someone writing this who rejoiced in words, who deployed them on the page as an artist deploys his paints upon his palette. Behind every Chesterton sentence there was someone painting with words, and it seemed to me that at the end of any particularly good sentence or any perfectly-put paradox, you could hear the author, somewhere behind the scenes, giggling with delight.

I didn't discover G.K. Chesterton, his wit and his works and his larger-than-life figure, until I was in college, but I had much the same reaction as Gaiman. Probably because, as Gaiman points out, Chesterton is an artist's writer.

I found my first Chesterton novel in the quiet basement of the college library. The book was The Man Who Was Thursday and I didn't even take it to a table; I just sat there on the floor in the aisle and read this weird nightmare story about anarchists and spies. I returned to the same spot over the course of a couple days to finish the book. I was hooked.

And so last year when my friends over at Chesterton Press approached me about drawing a set of illustrations for The Ball and the Cross, well, I wasn't too hard to convince. The book, thanks in no small part to the wonderful friendship that develops between the two main characters, remains my favorite of Chesterton's novels.

In fact, I already had character designs, dating back to 2006, for the two leads (the humorless Catholic-born Evan MacIan and the scrappy, lovable atheist Turnbull). At that time I had briefly held the opinion that this book would make a good graphic novel. I was wrong about that. But as a novel-with-pictures I think it works!

The book also features a fair number of sword fights, and a lot of fat Victorian police running around with helmets and billy clubs. Both of those things are fun to draw.

So without further preamble, here's a look at a few of my favorite interior illustrations from this edition of The Ball and the Cross: 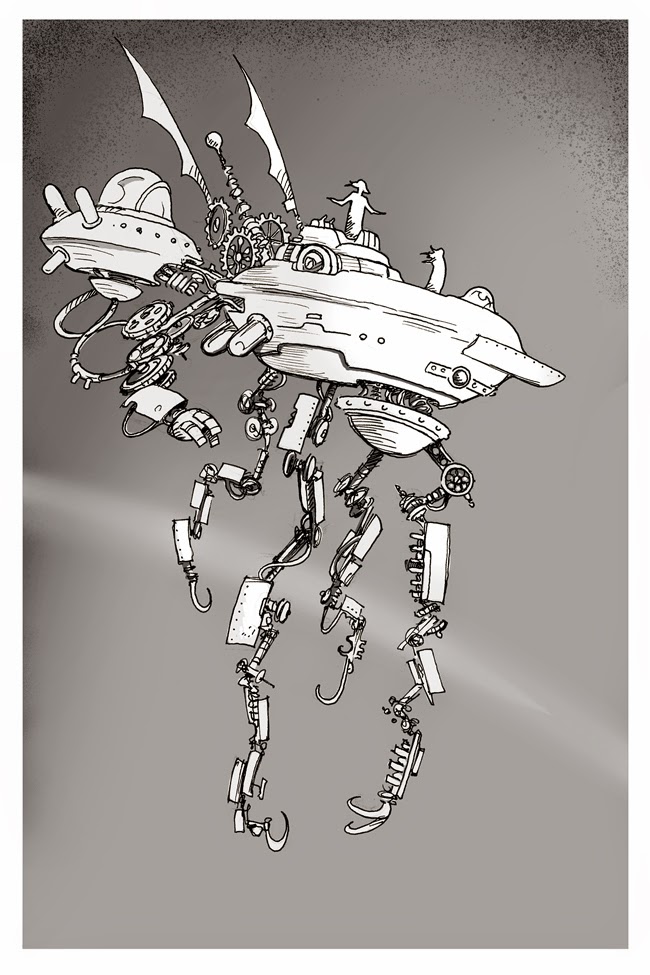 Oh and did I mention there's a flying ship? 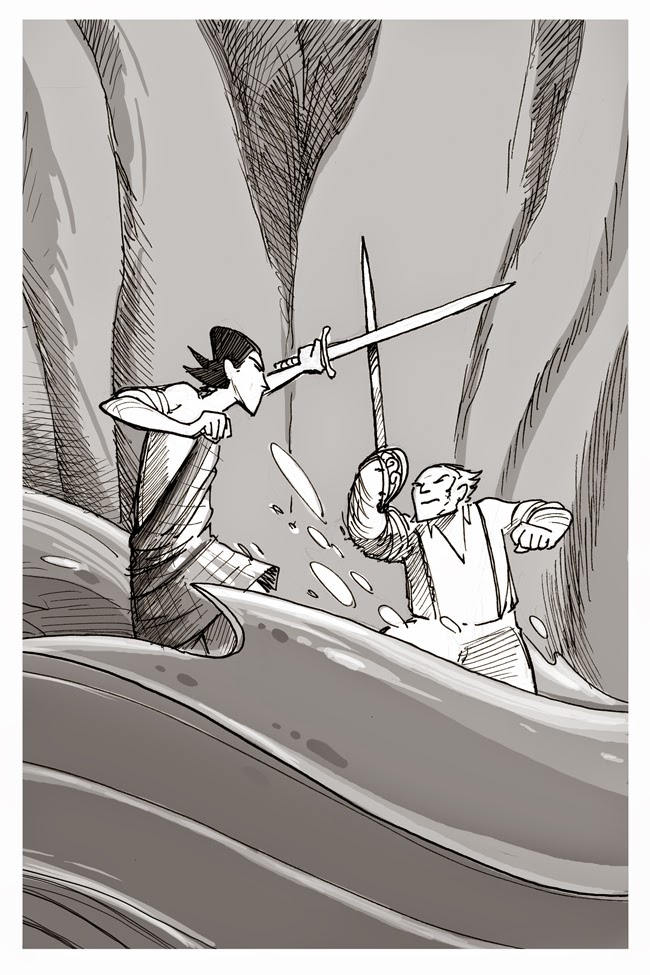 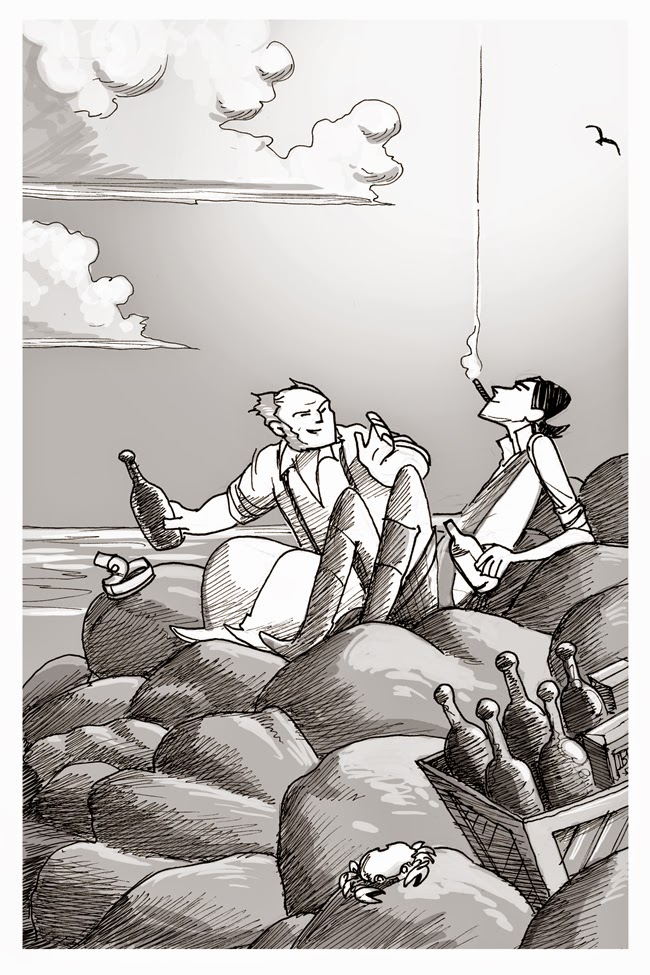 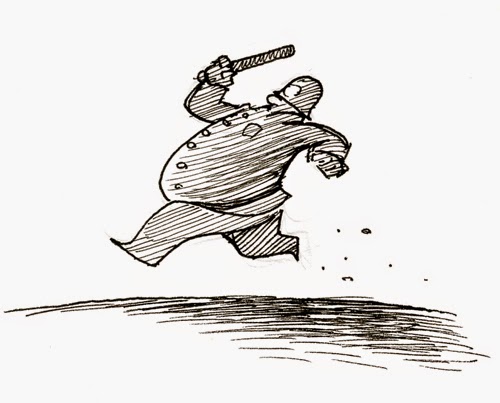 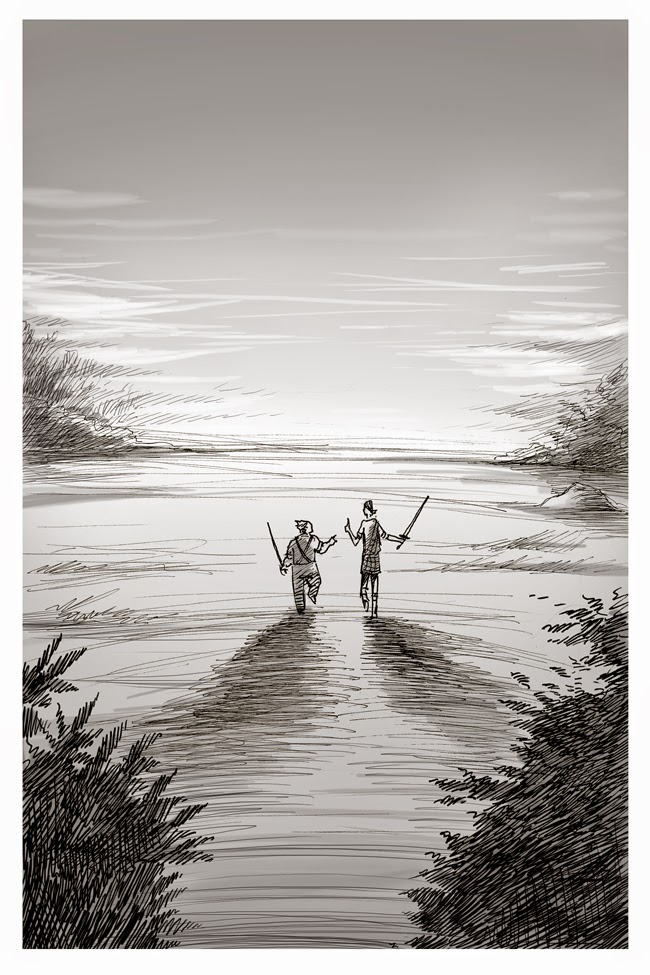 And as I said at the top of the post, you can find the book here:
http://www.chestertonpress.com/new-the-ball-and-the-cross-illustrated-by-ben-hatke/

Finally, here's a goofy picture of me dancing with Chesterton (it's a cover illustration for an upcoming issue of Gilbert Magazine): 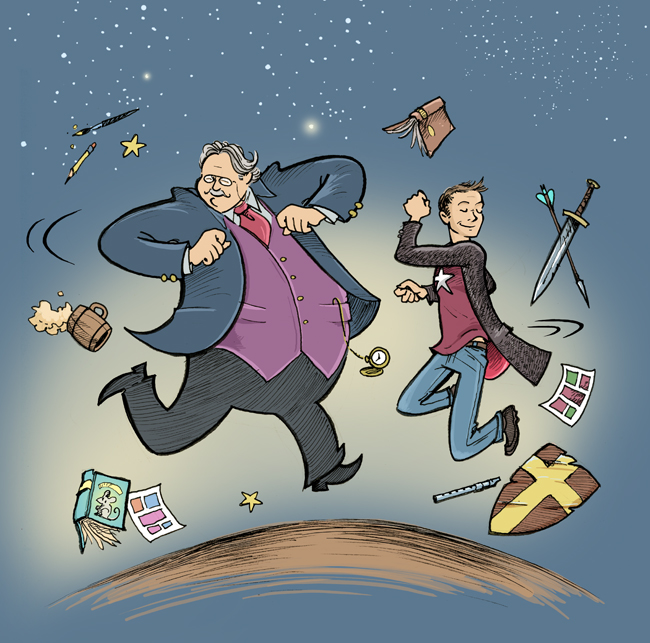