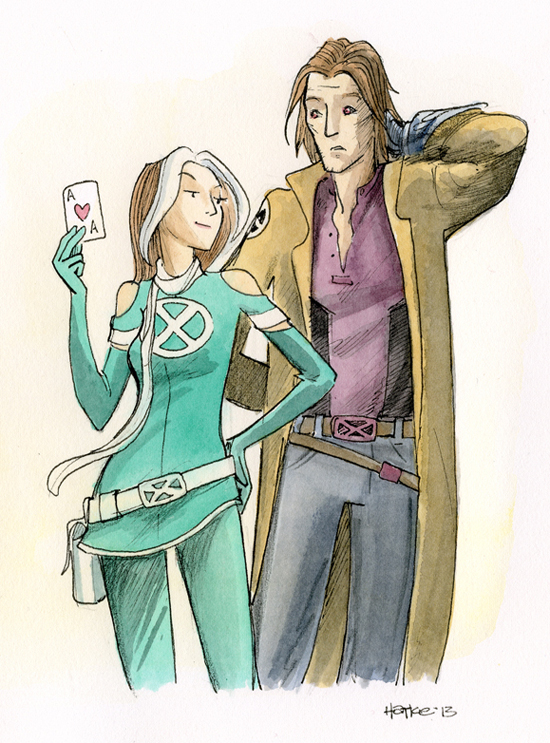 I made this little commission for a very special seamstress. I don’t do barters very often, but she’s been wanting a picture of her two favorite mutants for awhile now and I had been searching for a gypsy corset for Anna. So we worked out a trade. 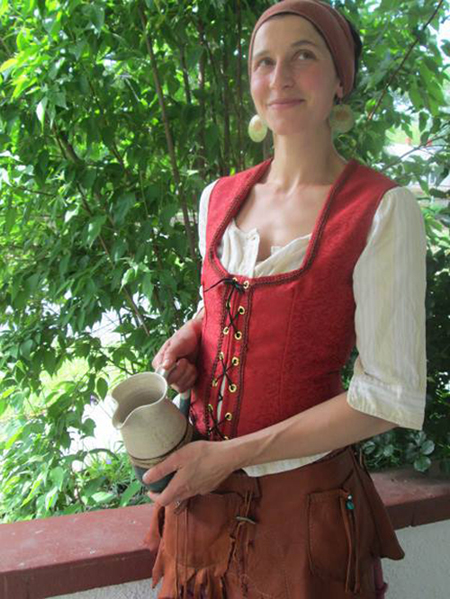 And an action shot!: 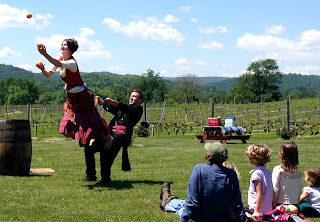 By the way, I posted this image to my Tumblr yesterday and within a couple hours it became the most shared of all my tumblr pictures. Those X-Men! So popular on tumblr, it’s ...UNCANNY! I took some minor liberties with one of Rogue's more current costumes, giving her open patches on her shoulders in place of X-logos. I figured anyone who sneaks up to grab her by the shoulders deserves to get their powers drained. Gambit, who's always had a problematic outfit, I decided to keep casual.