Spring has well and truly sprung! It was quite hot on Saturday when the girls and I drove to Millwood to drop off the above paintings. It was a beautiful day, though, and a fun outing for all of us. The girls played Pooh Sticks in the stream while Anna and I ran in alternately to peruse the paintings. It was one of those times that is so idyllic you start to get suspicious. Like any minute the Goblin Army is going to swarm out of the hills.

But enough about my work. Here are some beautiful pieces from the rest of the Hatkes: 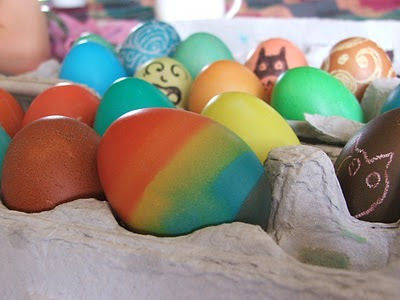 And a set of Easter Gnomes that Anna made: 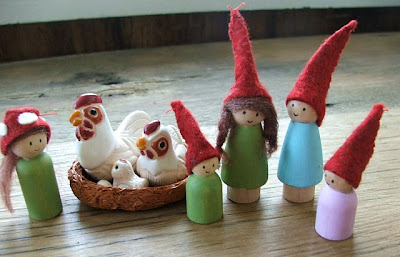 If you like the gnomes (who doesn't?) -our friend Clare makes and sells them on Etsy.

Finally, two video links for Monday. First is a fantastic little short film called Alma. The animation and design are nice and it's about equal parts cute and creepy. Second is an extended trailer for a thing about Cartoon College -The Center for Cartoon Studies.