MoCCA and the Springtime Rambles

I will be attending the MoCCA comics festival in New York again this year (April 10th and 11th). I had a blast at last year’s event and I have every hope that this year will be just as fun. Once again, I will be roaming free rather than camped at a table. Gotta keep the forces of evil on their toes.

And speaking of evil... thanks to the “magic” of Netflix, I’ve been watching a lot of Dr. Who, lately. It’s only fairly recently that I’ve become a fan of the good Doctor, though I’d somehow seen enough in the past to at least be aware of Dalek Jokes. I am such a pushover for this kind of manic sci-fi.

Finally, there is a nice Miyazaki retrospective going on over at Antagony and Ecstasy. I enjoyed the most recent review of the under-appreciated Porco Rosso. 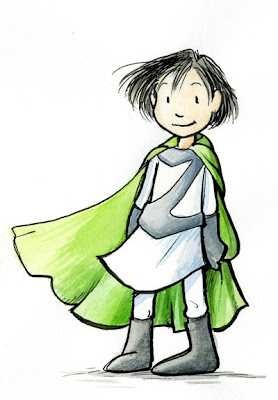