Sometimes I worry that "serious" painting and cartooning aren't compatible. I love painting and I love making comics. I don't ever want to have to choose between them.

Then I remember that one of my favorite sculptors, Bernini, was also a popular caricaturist. He was sought out by Papal and royal courts for his skill at condensing a personality into only a few lines. And he was good at it, as you can see below (though I guess we don't have the model to compare to): 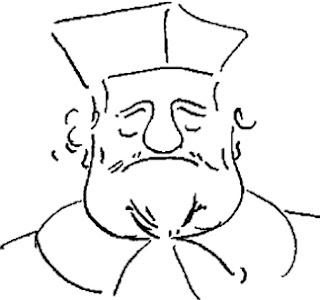 On the same token, Bernini was also a master architect and sculptor -responsible for the Exstacy of St. Therese, an amazing depiction of Apollo and Daphne, and this fantastic little elephant. Best of all, his badass David makes Michelangelo's version look like Little Lord Fauntleroy: 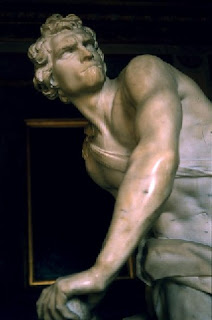 Addendum: Apologies to my mother. I sat for ten minutes trying to think of a more appropriate word than "badass" for Bernini's David, but there just isn't one.
Posted by Ben Hatke at 6:15 AM